Snam’s new capex plan envisages an increase in investments of almost € 1 billion compared to the € 6.5 billion of the 2019-2023 plan, bringing them to approximately € 7.4 billion in the 2020-2024 period. The growth is attributable both to the core business of regulated infrastructures (€ 6.7 bn in investments) and to the new activities of the energy transition (over € 0.7 bn in investments, almost doubled compared to the previous plan). 50% of the investments in the plan is dedicated to a “hydrogen-ready” infrastructure (replacement and development of new assets with hydrogen-ready standards). Most of the investments envisaged in the plan are aimed at decarbonisation to achieve the carbon neutrality goal by 2040 and seize the opportunities offered by the energy transition. Approximately 40% of the plan investments are aligned to the European taxonomy criteria under finalisation.

in new activities of the energy transition

Transport, storage and LNG: mainly concern replacements for the modernization of the grid, also in a “hydrogen ready” perspective, for almost 1,200 km. The start of the conversion of eight compression stations into gas/electric hybrid is also planned, as is the construction of the virtual pipeline in Sardinia and the first sections of the network. The investment plan also provides for new connections linked to the energy transition (245 CNG/LNG plants and 50 biomethane plants), in sharp increase compared to previous years, and another 100 connections to the grid.
Energy transition: investments for 2020-2024 almost doubled to € 720 mn in the businesses of the energy transition: biomethane, energy efficiency, hydrogen, sustainable mobility. In particular: € 220 mn in biomethane infrastructure to reach a capacity of at least 64 MW; € 200 mn in energy efficiency to consolidate the national player position; € 150 mn in hydrogen for the start of projects for the conversion of railway lines and the installation of fuel cells in the Snam network; € 150 mn in mobility to expand the distribution infrastructure with a focus on LNG, and launch the first hydrogen distributors.

Contributing to a carbon neutral economy (%)

Snam pursues a sustainable model of growth, in order to create value through these main strategic drivers: 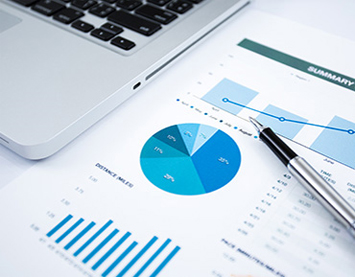 Snam confirms its commitment to guarantee to shareholders an attractive and sustainable remuneration and the payment of an interim dividend. The growth of the dividend per share of 5% until 2022 is confirmed, with a further minimum growth of 2.5% in the period 2023-2024. Snam expects that for the 2020 financial year, a total dividend of € 0.2495 per share will be distributed in 2021 (of which 40% as an interim payment in January 2021, while the remaining 60% in balance with payment in June, to be submitted to the Shareholders’ Meeting which will approve the 2020 financial statements).