In July 2020 Snam, in consortium with 5 international investment funds, has completed the acquisition of 49% of ADNOC Gas Pipeline from The Abu Dhabi National Oil Company (ADNOC). ADNOC gas pipeline holds, for a period of 20 years, the management rights for 38 pipelines in the United Arab Emirates, at approximately 10.1 billion dollars. The transaction - one of the most important ever registered in the global energy infrastructure sector and the first acquisition undertaken by Snam outside of Europe – is for Snam an important investment opportunity in strategic infrastructure, with the potential for future collaborations in the energy transition in the Gulf area. For Snam, in detail, the outlay with its own funds amount to approximately 250 mln dollars.

In December 2018 the consortium consisting of Snam (60%), Enagás (20%) and Fluxys (20%) completed the acquisition of a 66% stake in DESFA, the Greek national operator in the natural gas infrastructure sector, for a consideration equal to € 535 million. DESFA owns and operates, under a regulated regime, a high pressure transport network of about 1,500 km, as well as a regasification terminal at Revithoussa. Greece, an important crossroads for diversification of supplies and the opening of new natural gas routes in Europe, has further development potential as a hub in South-East Europe.

It was completed in March 2018 the acquire from Fluxys and Snam of the 33.5% stake owned by Caisse de dépôt et placement du Québec (CDPQ) in Interconnector UK, the bi-directional pipeline linking the United Kingdom into Belgium and the Continent. Once the share transfer is completed, Fluxys and Snam, with a 76.32% and a 23.68% stake respectively, will be the sole ultimate shareholders in Interconnector UK, confirming their full support to moving the company into the next stage of its development.

It was completed in December 2016 the sale of 49% of Gas Connect Austria from OMV, the international integrated oil and gas company based in Vienna, to the Consortium composed of Allianz (60%) and Snam (40%). The transaction is a unique opportunity for Allianz and Snam to invest in a well-established gas transportation network and essential infrastructure delivering gas to the Austrian domestic market. Given its strategic Central European location GCA also fulfills an important transportation function for several other adjacent markets.

In 2015 Snam's international development continued with the acquisition of a 20% stake in Trans Adriatic Pipeline AG (TAP), the company responsible for developing the pipeline that will run from the Turkey-Greece border to Italy along the Southern Corridor, enabling gas produced in Azerbaijan to reach European markets, through the italian infrastructure. 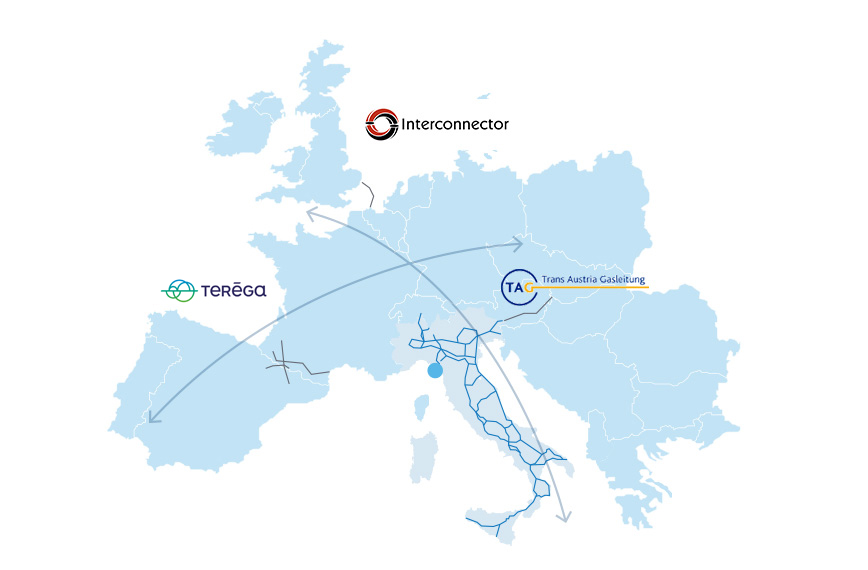 On December 2014 Snam completed the acquisition of the stake (84.47%) held by CDP GAS in Trans Austria Gasleitung GmbH (TAG), approved by the Board of Directors on 12 September 2014. TAG, the largest import pipeline bringing Russian gas from Austria/Slovak border to Italy, is a strategic opportunity to establish reverse flow capability to Southern Germany and Eastern Europe. 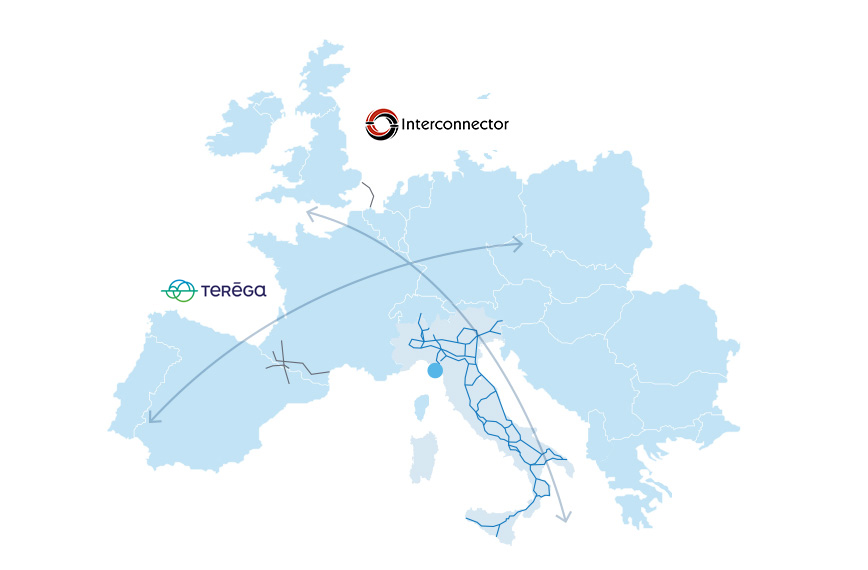 MoU signed with Fluxys which further develops the Strategic Alliance of 2012 aimed at pursuing opportunities in Europe, through projects enhancing the flexibility and security of supply in the European gas infrastructure. The joint company under consideration would combine Fluxys’ and Snam’s international assets located on the South-North and East-West corridors (with the exclusion of the Belgian and Italian domestic markets) and would play a key role as facilitator of the creation of deeper market flexibility and liquidity through an enhanced interconnection of the European gas networks and markets.

Acquisition of a 45% stake of TIGF (from 2018 Teréga), heading a consortium in which GIC holds a 35% stake and EDF the remaining 20%. Teréga represents a strategic platform with the aim to develop the integration of European gas markets, and can contribute to increase their liquidity and guarantee the security of supply in France and Europe.

MoU for developing and marketing reverse flow capacities from South to North (and vice versa) between Italy and the UK. With this agreement, both companies enhance their cooperation in the spirit of the European Third Energy Package for a further integration of European gas markets. 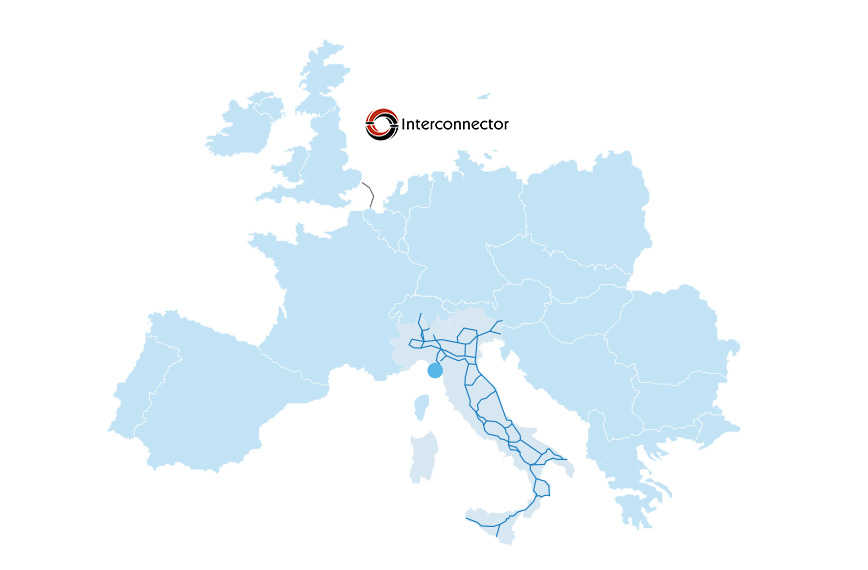 Acquisition of a 31.5% stake of Interconnector UK (16.41% from eni and 15.09% from E-on), of a 51% stake of Interconnector Zeebrugge and of a 10% stake of Huberator through a joint ventury (50%/50%) with Fluxys. This joint acquisition is a first important milestone in pursuing the aim of an integrated European gas network and follows the announcement in January 2012 that the two companies would evaluate opportunities to jointly pursue potential developments in the European gas sector, with the ultimate aim of enhancing flexibility and security of supply in Europe. 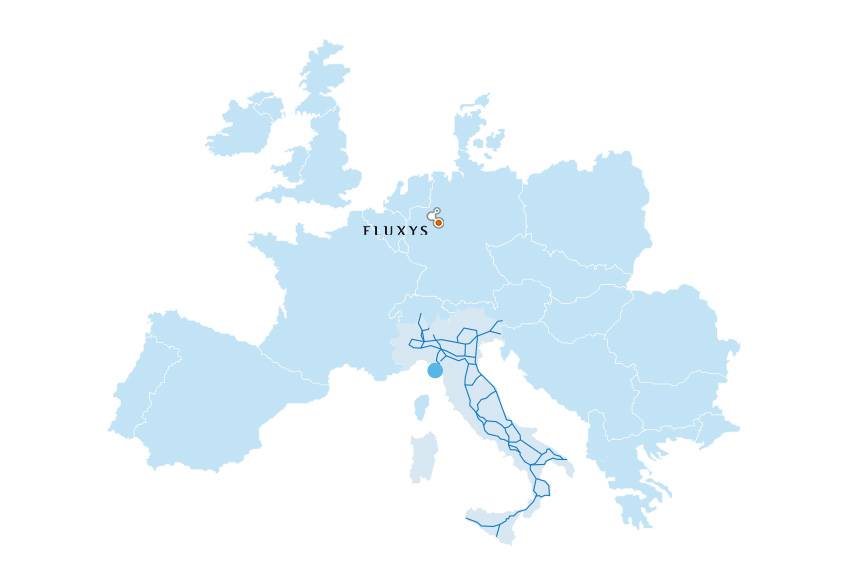 Snam and Fluxys agree to evaluate future joint strategies, which aim to promote cross-border flows and to link the most important gas trading infrastructures in the North-West and South of Europe.

Snam fosters the right conditions for fair energy costs by managing the gas system efficiently, developing infrastructure and providing integrated services for the market. It promotes the integration of the European networks, including through strategic partnerships with the biggest operators in the sector, along the main continental energy corridors.