400 hundred proposals under consultation, about 30 from Italy. 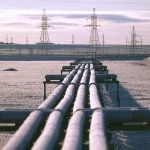 There are about 400, equally divided between electricity and gas, Projects of Common Interests (PCI) that have applied for the funds and simplified permit granting procedures of the European Union. The PCI list has been published in the recent days by the EU's DG Energy. Currently, it is under consultation that will close on March 13, 2015.
In the electricity sector, the list of projects that involve Italy include power lines with Corsica, Switzerland, Austria and Slovenia, with France and with Montenegro as well as the new interconnector Italy-North Africa from Sicily.
The list encompasses also a battery accumulation system in central and southern Italy proposed by Terna.
As for gas, the list includes the gas pipelines Italy-Malta, Galsi from Algeria to Sardinia with an alternative from Piombino to Elba and from there to Corsica and Sardinia, Adriatic Network along the ridges of the Apennines and different projects regarding the Southern Corridor: upstream TANAP (Turkey) and South Caucasus Pipeline (Azerbaijan) and downstream TAP and ITGI with relevant connectors with Balkan countries.
The PCIs also include the initiatives of Snam and French TSO GrtGaz regarding the flow inversion from Italy towards the North, the East Med Pipeline from offshore the Eastern Mediterranean to Greece and the integrated project of Falcione of an LNG regasification terminal in Albania with the gas pipeline up to Apulia.
In terms of LNG terminals, the Italian PCIs encompass the following plants: in Gioia Tauro proposed by Sorgenia, in Porto Empedocle put forward by Nuove Energie, and in Falconara Marittima submitted by Api Nova Energia.
Last but not least, the list also contains the gas storage projects of  Cornegliano by Gas Storage, Bordolano by Stogit, San Potito-Cotignola and Palazzo Moroni by Edison and Grottole-Ferrandina by Geogastock.