Trans-Austria gas pipeline, TAG to be in charge of the commercial dispatch 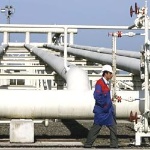 July 1, 2015 TAG GmBH, a subsidiary of Snam that owns a 84.47%-stake, will take on new responsibilities related to the commercial dispatch of Trans-Austria gas pipeline, TAG. Until now that has been the task of the Austrian gas transmission system operator Gas Connect Austria (GCA). The statement of TAG GmBH reads this, specifying that the commercial dispatch regards the aspects such as appointments or “pair implementation�? of the shippers.
Gas Connect Austria, which owns the remaining 15.53%-stake of TAG GmBH, is a 100% subsidiary of OMV, from which it was spun off in 2012 in order to comply with the EU regulations on the unbundling.