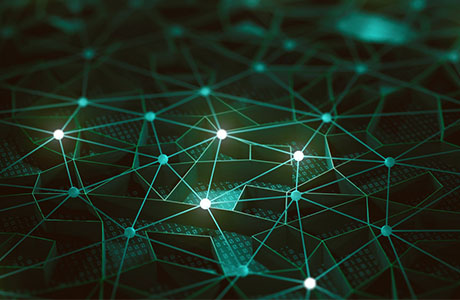 Italy is however a country in which gas is still less economical than elsewhere in Northern Europe because the country, which until now has simply been a consumer market for the gas flows coming mainly from the North and the East, has been penalized by several factors. The increase in flows from the south, made possible by the evolution of infrastructure in progress, will position Italy as an energy hub capable of offsetting the reduction in production in the North Sea and the Central and Eastern European countries.

Snam’s strategic objectives are in line with the European ones: 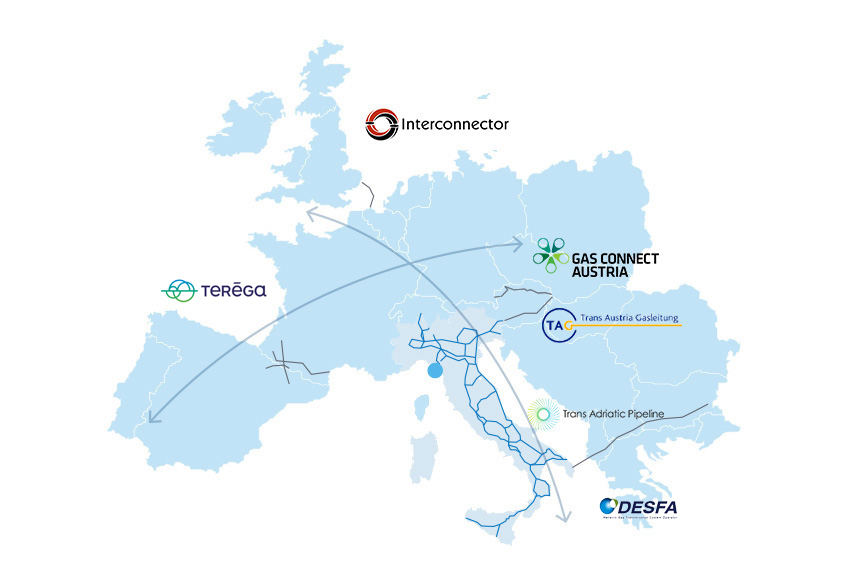 On the South-North energy axis, Snam is helping to construct the bidirectional link between Italy and mainland Europe in collaboration with the Belgian operator Fluxys through the construction of reverse-flow capacities along the Trans Europa Naturgas Pipeline (Tenp)/Transitgas gas pipelines, which link Italy with Germany via Switzerland.

It was completed in March 2018 the acquire from Fluxys and Snam of the 33.5% stake owned by Caisse de dépôt et placement du Québec (CDPQ) in Interconnector UK, the bi-directional pipeline linking the United Kingdom into Belgium and the Continent. Once the share transfer is completed, Fluxys and Snam, with a 76.32% and a 23.68% stake respectively, will be the sole ultimate shareholders in Interconnector UK, confirming their full support to moving the company into the next stage of its development..

Looking specifically at Italy, the main project along the South-North corridor concerns the construction of a link from Italy, via Switzerland, to France and Germany.

Snam’s growth is consolidating the European infrastructure system and fosters alignment between the interests of consumers and producers, promoting greater liquidity in the gas market.

At the end of 2015, Snam acquired a 20% share of the TAP consortium, the company that is constructing the Trans Adriatic Pipeline, a gas pipeline that will carry gas produced by the Shah Deniz II field in Azerbaijan through Turkey, Greece and Southern Italy.

On the West-East axis, through the acquisition of a share of 40.5% in French operator Teréga in 2013, Snam controls an important energy junction positioned strategically along the route connecting France to the Iberian Peninsula. Through its holding in Teréga, Snam can help to integrate the Spanish market with the French market and, in perspective, those of other European countries positioned along the same West-East axis.

Snam also holds a large share (84.47%) in the Austrian gas pipeline TAG, through which the gas coming from Russia flows as far as the Italian border (Tarvisio). TAG represents the largest gas importation infrastructure for the Italian market and can potentially be used in reverse-flow towards Eastern Europe and Southern Germany.

It was completed in December 2016 the sale of 49% of Gas Connect Austria from OMV, the international integrated oil and gas company based in Vienna, to the Consortium composed of Allianz (60%) and Snam (40%). The transaction is a unique opportunity for Allianz and Snam to invest in a well-established gas transportation network and essential infrastructure delivering gas to the Austrian domestic market. Given its strategic Central European location GCA also fulfills an important transportation function for several other adjacent markets.

Further development of the gas market in Italy and its full integration with European markets will, according to forecasts, have a positive impact on energy prices, reducing costs for Italian companies and ensuring major savings for families.

The opening of new routes and the connection of Italy with strategic areas such as the Caspian Sea and Western Mediterranean areas would also have positive repercussions on the national electricity system, as about 40% of its production comes from gas. This would maximize the benefit obtained from the current modern group of plants.

Snam invested significantly for the realization of the reverse flow, enhancing infrastructures in the Po Valley and along the Apennines.

Reverse Flow allows to reverse the gas flow into the pipelines. In this way the resource is able not only to enter but also to exit Italian gas transportation system. In 2018, Italy would have a physical capacity - in other words it would re-export natural gas - for 40 million cubic meters per day or 13 billion cubic meters annually. The capacity would be distributed between Passo Gries (towards Switzerland, Germany and France) and Tarvisio (towards Austria and Germany).

This infrastructure evolution will foster competition between sources of supply and will strengthen the role of the Peninsula as the gateway to natural gas directed towards Europe, resulting in further economic benefits for businesses and families.

In constructing and upgrading facilities, Snam operated in compliance with the most binding environmental standards, working closely with local and national bodies and institutions to protect the environment and local communities.