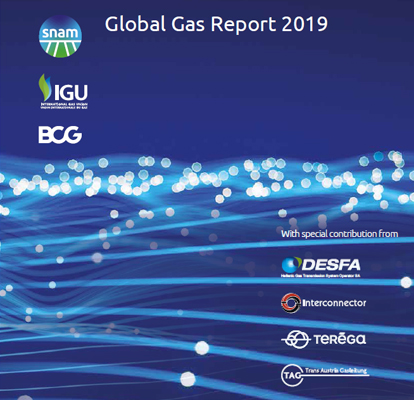 Confirmed essential role of gas in the future with about 2% growth per year to 2040.
Astonishing 5% growth of the global gas market in 2018.

Watch the interview with Marco Alverà, Snam CEO, to discover the key highlights of the report.

The past year has been exceptional for natural gas. Prices at key regional natural gas hubs have reached multi-year lows. Both natural gas production and consumption have grown at record rates. And international trade infrastructure – in the form of LNG and pipeline capacity – is growing at the fastest rate in a decade.

This report assesses the comprehensive drivers of these recent trends, focusing on the key factors that explain recent developments and that will drive future outcomes in the global gas sector.

As in the second edition the Global Gas Report released last year, this report assesses the forces shaping global gas now and in the future across the three components of the energy trilemma, finding that:

1. Cost competitiveness of natural gas continues to improve. While low spot prices at key hubs driven by an LNG supply surplus has attracted significant attention in recent months, this development masks deeper structural changes. In the upstream segment, new technology and innovation continues to bring down breakeven costs; nearly 70% of proven gas reserves globally are now estimated to be in fields with average breakeven prices of less than $3 per MMBtu. In the midstream, the cost of LNG shipping has declined by 20% on average in the past two decades. And in downstream, the growth of carbon pricing is helping to close the gap between the cost of natural gas and coal. 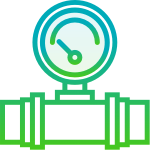 2. Security of supply of natural gas is also improving, due in large part to the rapid growth in the availability of LNG. In the past decade 21 countries have begun importing LNG for the first time. Over that period supply has also become much more diversified given the addition of Australia and now the US as major exporters, countries that are set to become the second and third largest suppliers of LNG respectively. Meanwhile, the LNG market has become much more liquid as the share of spot and short term sales has reached a record high, now more than 30% of the global market. 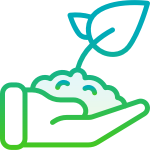 3. Sustainability is a key driver of natural gas consumption growth, now and likely in the future. In the past three years China has been the fastest growing market for natural gas due in large part to clean air policies prompting coal to gas fuel switching. The role of natural gas as a mitigation lever for climate change is growing given the expansion of carbon pricing policies as well as measures to support the development of low carbon gas technologies (including biomethane, hydrogen, and CCUS). And in the past year the long term role of natural gas under any climate change scenario has been affirmed, including by the IPCC which demonstrated a clear and sustained role for gas under a 1.5° Celsius scenario (i.e. natural gas averaging 19% of global energy supply in 2040 vs. 22% today).

Despite these positive recent trends, some potential challenges remain to the future of natural gas. Most significantly, the current rapid growth of global gas is being driven by a limited number of markets, namely the US and Russia for production (68% of prior year global production growth) and the US and China for consumption (60% of prior year global consumption growth). To diversity the growth of natural gas and achieve future projections, further key developments are required, including:

To assess these global opportunities and challenges for gas in a more focused way, this report takes a detailed look at the future of natural gas in Europe. While the role of natural gas is well established in Europe, it is reaching a critical juncture for the future. Coal phase outs and broader GHG emissions reduction measures are demonstrating potential for significant market growth for gas in some areas, while challenging the role of gas in others. As a result, natural gas is poised to play a more diverse set of roles in the European energy mix, including managing intermittency and seasonality of energy supply and demand, reducing emissions intensity of the transport sector, and enabling the introduction of low carbon gas technologies.

Natural gas shows the potential for sustained and rapid global growth. However, it should not be taken for granted. Sustained and coordinated efforts by industry participants and governments are needed to continue improving the cost competitiveness of gas, develop the required infrastructure, and implement enabling policy measures.

• + 2%: annual gas market growth over the last five years, the rate of increase that is expected to be maintained until 2040, when gas is expected to be account for 25% of the global energy mix;
• + 5%: increase in global demand in 2018, with particularly strong growth in the United States and China;
• + 4%: increase in global gas trade;
• + 10%: GNL market growth in 2018;
• + 20%: decline of the LNG shipping cost in the past two decades in the midstream sector;
• + 30%: increase in the share of short-term and spot LNG sales globally.