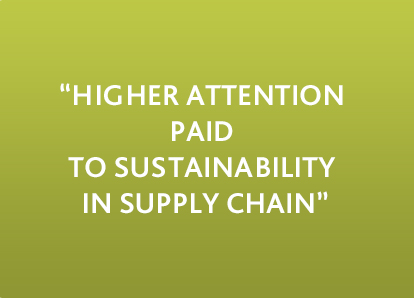 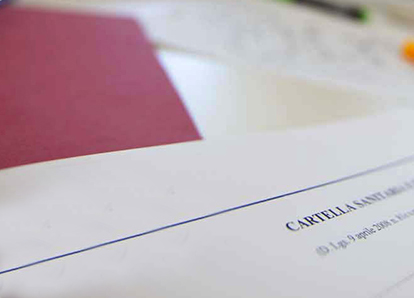 2,376 reputational checks were carried out on suppliers and subcontractors

To evaluate their performance, Snam uses a rating index (IR) which takes into consideration the compliance with technical requirements (Quality), the health-safety-environment (HSE) requirements, the delivery times (Punctuality), the setting up of a good relationship with the customer for the duration of the contract (Behaviour)

Knowledge of Model 231 and Snam’s Code of Ethics are the prerequisite for establishing a collaborative relationship with suppliers.

In the early stages of the qualification process, all Snam suppliers are required to make themselves familiar with the organisational,management, monitoring and control model (Model 231) and the principles of the Code of Ethics and to comply with the regulations on occupational safety, health and environmental protection, and labour law.
Furthermore  the ten principles of Global Compact are communicated to suppliers with the aim of disseminating its values.

>Read the Code of Ethics' pages about suppliers (bilingual).

The "Ethics and Integrity Agreement" represents a major commitment from suppliers towards Snam's core values.

Snam has implemented an "Ethics and Integrity Agreement" with suppliers to protect the integrity of the sustainability process of the supply chain and to retain further commitment from suppliers / subcontractors to comply with the principles and values deemed most important and of great reputational significance to the company.

Each supplier / subcontractor,in order to receive an order from Snam, are asked to sign this document requiring them to comply with Snam's principles of loyalty, transparency and fairness, and to respect and mantain the standards set out in the Code of Ethics.

In addition, during 2021, Snam kept on to implement the new process aimed at gaining a deeper knowledge of its suppliers, including a new category of verification in addition to the reputational one: "Compliance Verifications", which involve carrying out analyses also on the financial soundness of suppliers (or potential suppliers), as well as on their suitability and adequacy, both from a technical point of view and in terms of HSEQ.

>Read more on how Snam manages relationship with third parties

In 2021, about 2,376 reputational checks were carried out on suppliers and subcontractors.
73 measures were adopted as a result of these checks, of which 8 negative ones.

Breakdown by type (no.)

(**)  In addition, ten briefings were disseminated.

(***)To be understood as “qualification denials”.

Besides environmental Due-diligence is carried out on some suppliers and is foreseen as part of Snam acquisition process which is regulated in an ad hoc procedure which is not publicly available.

In the interests of transparency generally, Snam aims to ensure that the selection process – both during the qualifying phase and the award of contracts – guarantees equal opportunities for all suppliers, once they meet the required quality standards.
In order to begin collaborating with Snam, each supplier must pass several stages of preliminary assessment depending on the criticality level of the product category to be supplied. To achieve this, Snam uses assessment criteria that take into account the volume of orders supplied, their economic importance, the extent of investments made, and the analysis of operating costs. The assessment is performed with the support of IT systems to ensure the traceability and comparability of the information gathered.
Especially during the qualification phase, Snam pays particular attention to the management of risks related to the economic, environmental and social context of the supplier. This takes place for the most critical product categories, whose procedures also contain very stringent requirements, such as, for example, the implementation by the supplier of certified management systems.

The vendor management process is constituted by three phases:

Throughout their collaboration with Snam, suppliers are monitored by means of audits, inspections and performance assessment processes, both to respond to any requests for assistance and to confirm that the partnership will continue in a linear, consistent manner over the years. As part of the performance assessment process, behaviours in terms of social and environmental responsibility are rated highly. In the following table it is possible to find the number of suppliers (total and critical one) divided for category submitted to checks about sustainability issues.

(1) A single supplier may be in possession of more qualifications

(2) Aspects relating to health and safety