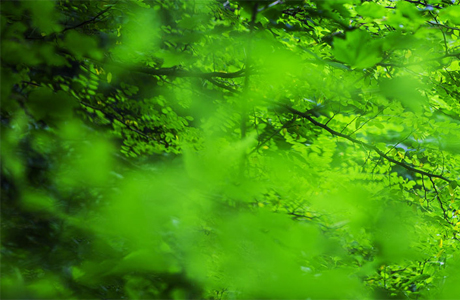 Snam Foundation supports the project of the Milan Municipality "ForestaMI" aimed at planting 3 million trees by 2030. In particular, Snam Foundation will plan strategic forestry interventions and will support the initiative in partnership with Tep Energy Solutions. 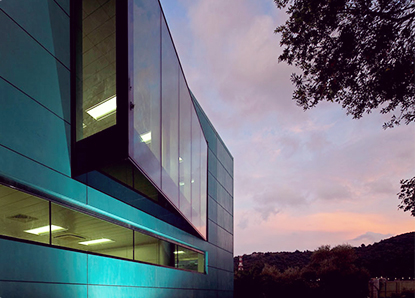 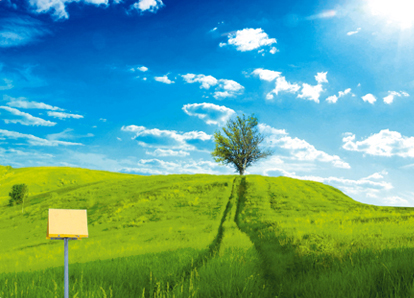 Collaborating with authorities, non-profit associations and institutions is an integral part of Snam’s sustainable development strategy and, based on the principle of inclusivity, the company aims to develop valuable and trustworthy relations with every stakeholder, acknowledging their right to be heard and committing to providing reports on the company’s activities and decisions made.

When developing relationships with all of its stakeholders, Snam considers compliance with the law, ethicality and transparency to be fundamental requirements, without which any type of collaboration would not be possible.

Another important aspect is that, in all of its relationships, Snam has taken inspiration from the general principles that form the basis of its operational activity, namely to:

Some of the initiatives proposed in 2019, besides those proposed by Snam Foundation, are for example, the project in collaboration with Legambiente Munnizza free, the book dedicated to the Casentinesi Forests presented at the literary and cultural festival “Fuori conTesto” with the participation of the Strega Giovani prize winner Fabio Genovesi and the Young Energy.

The collaboration activities are selected on the basis of the “Policy for managing philanthropic activities and social initiatives”, in line with the company’s strategy, its relationship with local areas and the sustainability objectives.

As a company operating in a regulated market with specific technical and economic constraints Snam launches community initiatives including charitable donations and sponsorships.

In particular, it priorities the following criteria when choosing or promoting its activities:

In line with these criteria, the activities are aimed at organisations operating in the fields of environmental protection, culture, social infrastructure and regional protection and are active in the geographical areas where the Snam Group is already present with its own infrastructure and/or with investments to develop or strengthen its infrastructure.

Biomethane, like hydrogen, is for Snam an essential energy resource for the energy transition towards a low carbon economy. In fact, being obtained both from agricultural and agro-industrial by-products, and from the organic fraction of municipal solid waste, it is renewable, flexible and programmable.
Snam has invested in the development of this resource with a conspicuous series of actions and has implemented in the province of Caltanissetta, through the subsidiary Enersì, an infrastructure that produces biomethane and compost. The biomethane produced will be inserted into the gas network as a renewable energy source, while the compost will be used as a natural fertilizer instead of the chemical one, thus developing a circular economy.

To support the use of biomethane, Snam joined the Legambiente awareness campaign in Sicily called Munnizza Free, an information, awareness and environmental volunteering campaign to free Sicily from waste and promote the circular economy. A series of events and initiatives in the area dedicated to administrations, schools and citizens.
Munnizza Free also includes a "road show" in the 9 Sicilian provinces with the organization of ecoforums organized by Legambiente and school projects. The topics dealt with include the use of biomethane to spread knowledge of it to citizenship and obtain a license to operate.

Young Energy, now in its third edition, is the project that has the aim of facilitating the orientation of students and of bringing them closer to the labour market through initiatives focused on corporate business.
Since the beginning of the project, Snam has hired 18 young people from the institutions involved and, during the 2019-2020 school year, Young Energy took place in 5 regions and 8 technical colleges, involving around 800 students engaged in carrying out activities training also in remote mode.

Snam intends to make its contribution and increase its corporate social responsibility. Snam Foundation was created with a view to play a part in creating tangible and intangible infrastructures, also leveraging the know-how, networks, tecnic means to develop partnerships, projects and initiatives of social value.

The relationship between businesses and society has increasingly become the focus of more attention and interest.

In recent years, the continuing economic uncertainty and concurrent increase in social emergencies has created serious hardship, especially in the weaker bands of the population.

Businesses, which have always played a fundamental role in the economic and social development of a country, have reacted by implementing policies and tools to try and respond to these emergencies.

In 2019, the Foundation hosted a 2-day training workshop in San Donato Milanese for the finalists and funded 2 of the winning start-ups with an economic prize and a mentorship path.
The 2 start-ups awarded by the Snam Foundation are "Playrech", an urban game app that intervenes in the context of the redevelopment of cultural heritage and "Tailler delle Terre" that uses processing waste for the production of pottery.

Snam Foundation supports the project of the Milan Municipality "ForestaMI" aimed at planting 3 million trees by 2030 including 2 million by 2026.
Large-scale project that aims to have a strong impact on increasing the resilience of the area urban and Milanese hinterland to environmental stress and the effects of global warming. In particular, Fondazione Snam will plan strategic forestry interventions in areas specifically identified with the Milan Municipality and will financially support the initiative in partnership with Tep Energy Solutions.

The "Cortile dei Gentili" is an initiative of the Pontifical Council to support children from disadvantaged areas.
During 2019 the Foundation supported two of their main initiatives aimed at fundraising in the cities of Milan and Rome. The Foundation also participated in the organization of the "Train and ship of the children ", project with which 400 children from poor areas of Liguria, Sardinia and Campania were brought in Rome to visit the Pope.

Snam and the corporate volunteering

A program of initiatives started in April 2018, dedicated, by Snam Foundation, to all the people of the company - employees and collaborators - and designed to "release the energy" of the social activities of individuals.

In 2019, the Foundation doubled the contribution, collected through crowdfunding initiatives, distributed to 7 projects promoted by Snam employees, contributing a total of approximately 17.5 thousand euros. An incubation path was also funded to support a selected project.

The second edition of the Volunteering Day was also organized, during which Snam employees dedicated a day of work as volunteers to third sector entities identified by the Foundation. Compared to the previous year's edition, it has seen its participation double, extend its duration to two weeks and open the possibility of participation to family members and friends of employees and Snam partners. 750 volunteers were enrolled, including around 600 employees and 150 family members, university students, start-ups, partners and suppliers. Over 6,000 volunteer hours were offered to 70 third sector entities spread over 60 Italian locations.
Also on the "Volunteer Day", the Solidarity Award was introduced, giving the opportunity for Snam volunteers to choose a project presented by the 8 entities that received the highest number of registrations, and to allocate an extra contribution of € 5,000. The AISM (Italian Multiple Sclerosis Association) “Senti come mi sento” project was awarded the prize.

Snam and Italy’s parks federation, Federparchi, collaborate to jointly implement projects aimed at further strengthening the protection of the environment and biodiversity throughout the country. This collaboration is part of Snam’s broader approach to sustainability issues, focusing on further enhancing the relationship between the company and local communities and the mutual benefits that may arise from this cooperation.

For Snam, the collaboration with Federparchi represents a unique opportunity to develop synergies with recognised experts in science, nature and Wildlife.

Besides, Snam and Federparchi are collaborating in the publishing initiative "Sustainable Paths" and worked together in the environmental awareness projects with schools "The network of Trust and Respect" and  "Stories about the future".

For years now, Snam has been enhancing the positive experiences with Italian parks with the editorial initiative "Sustainable Paths", a series with which Snam testifies its commitment to environmental protection issues and the adoption of virtuous best practices that have always distinguished the the Company's way of operating in the construction of the infrastructures. The fifth publication that has been added to the series concerns the Casentino Forests National Park and was presented at the "Fuori conTesto" literary and cultural festival with the participation of the Young Witch Prize Fabio Genovesi. The park, recently recognized by UNESCO as a "World Heritage Site", extends between Tuscany and Romagna and is crossed for a short distance by two parallel gas pipelines that are part of the transport backbone that brings gas from North Africa to Italy. The story of the park and its geographical, naturalistic, historical and cultural peculiarities is intertwined with the practices carried out by Snam in an area of ​​particular value, which allow infrastructure essential for the energy needs of the Country to live with the environment and ecosystems.

In January 2012, Snam joined the Sodalitas Foundation, an Assolombarda foundation whose members include 84 leading companies and foundations. Sodalitas’s mission is to build a bridge between the entrepreneurial world and the non-profit sector, to foster the widespread growth of the planning and managerial capabilities of the voluntary sector and to develop projects for promoting entrepreneurial sustainability in the Italian market.

In this context, since 2011, Snam has participated in the Sodalitas Social Innovation award, helping to evaluate the projects submitted as part of the Quality Commissions made up of a select group of companies, sponsoring foundations and institutions. In addition to the award, Snam also participates in follow-up initiatives which promote dialogue between businesses and non-profit organisations to develop a common approach that in turn leads to more effective and efficient projects.

Snam also collaborates with Sodalitas by bringing its best practices to the Sodalitas Value Academy, a series of meetings reserved for associated companies which aims to offer an opportunity for discussion and networking on strategic issues for value creation and integration of sustainability in the companies.

Read about the Snam Foundation's initiatives

Sodalitas Foundation: an organisation created in 1995 to build a bridge between the entrepreneurial world and the non-profit sector