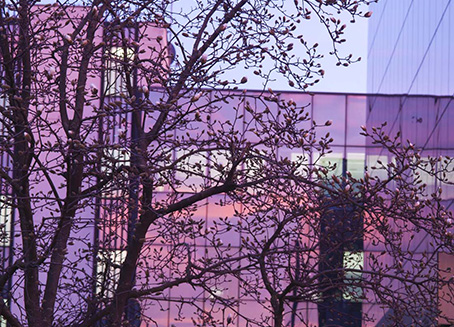 The Snam Foundation aims at providing the skills and realization capabilities that in the history of the Society have contributed to the country's innovation, progress and growth through the implementation and management of complex infrastructures

The BoD of the Foundation, enrolled in the Register of Juridical Persons at the Prefecture of Milan on 21 July 2017, comprises Carlo Malacarne (Chairman), Marco Alverà (Vice Chairman) and Lucia Morselli and begun the evaluation of the first projects that will be developed in order to achieve the Foundation’s mission.

The scientific committee is formed by Barbara Cominelli, Paola Mascaro and Diego Visconti.

> Report + mission relation of Snam Foundation (available only in italian)

A commitment to growth

The Foundation pursues the development, adoption, promotion and dissemination of innovative, effective and sound practices that can foster civil, cultural and economic development in priority areas of public interest. Consistently with the presence of Snam in the territory and without discrimination of nationality, race, race or religion, the Foundation pursues and promotes the upgrading of the most vulnerable areas, including through the protection and care of landscaping and the environment. In addition the Foundation aims at supporting and developing cultural activities in all their expressions.

The Foundation, for the pursuit of its goals, can, among other things, contribute to the realization of tangible and intangible infrastructures, also leveraging Snam's know-how, networks, technical and technological means and other subjects, private entities and Public, with which to promote partnership. It can be directly as an operating subject, managing individual initiatives and projects.

A new step towards a company that is ever more in touch with the country and can be a driving force for communities and the country, in line with the UN Sustainable Development Goals (SDGs).

The main areas of intervention of the Foundation are:

Sprint! The school with an extra gear

"Con i bambini" is a social enterprise established on 15 June 2016, based in Rome and wholly owned by the Fondazione Con Il Sud. It manages the activities of a Fund for combating child educational poverty, and this Fund has been fed by some Foundations of banking origin with a consistency of 120 million euros a year for three years (2016, 2017, 2018).
Fondazione Snam responded to a call launched by "Con i bambini" for the selection of projects to be co-financed aimed at fighting educational poverty and its idea was selected.

The idea presented aims to combat the educational poverty of children and to prevent forms of hardship, promoting an alliance between schools, families and local actors, in particular third sector bodies, and contributing to the removal of obstacles of economic, social  and cultural nature that prevent the use of educational processes.
The project also aims to define a model of collaboration, between schools and third sector bodies, for the implementation of integrated educational services for minors in the area, scalable at national level. Having defined this single model objective, Snam Foundation has started a participatory co-planning process that has involved various third sector organizations (CGM, Spazio Aperto Servizi, Beyond Lampedusa, Cooperativa Al Rèves, Cooperativa Eridano), 3 schools and 3 municipal authorities in 3 different Italian cities: Milan, Palermo and Brindisi.

In 2019 the project, which provides for a number of beneficiaries equal to approximately 1,560 minors, was launched in the 3 cities involved: carrying out recreational and recreational activities for children and parents in Palermo, organizing sports activities in Milan and signing a memorandum of understanding for the modeling of "good practices" and for the definition of the intervention with the Municipality of Brindisi.

"Corvetto adottami" is the three-year initiative involving local communities to contribute to the redevelopment and social development of the Corvetto district of Milan. The programme involves three areas:

The project aims to consolidate existing initiatives in the area together with the Cariplo Foundation and, specifically with the “LacittàIntorno” and “Qubì” projects, with the Municipality of Milan and the network of local associations.
In 2019, workshops were launched for social inclusion at the Candia institute and activities were launched for directing and supporting young people not in education or at work (NEET*), and young people (aged between 14 and 17) at great risk of dropping out of school. In addition, in a joint project with a network of its regional parties and suppliers, Snam created the “Tappeto Volante” (Magic Carpet), an urban regeneration project that unites the Tommaso Grossi Institute with the Emilio Alessandrini Park.
In November 2019, on the Company Volunteering Day, Snam and the Foundation brought together over 60 people including colleagues, students of the Polytechnic and startuppers in a hackstorm dedicated to creating a sustainable business model for the social partnership committed to redeveloping the covered market in piazza Ferrara.

* Not Engaged in Education Employment or Training

In 2017 Fondazione Snam, together with other important Italian foundations, promoted "Welfare che impresa!", the contest that aims to encourage the emergence of project ideas of young people under 35 on welfare issues for the communities, able to promote social cohesion , development and networking.
Of the 155 projects presented in this second edition of "Welfare che impresa!", given that it highlights the growth of interest in new services able to contribute to improving the social fabric of the country, the 14 finalist projects participated in a two-day training workshop , promoted by foundations, during which the participants were able to acquire useful skills and information to increase their design skills.
Among the four winning design ideas, Fondazione Snam has awarded "Tripmetoo", a start-up in Salerno that operates in the tourism sector. It is a web booking platform that allows the traveler to customize his travel experience based on the different needs and operators in the sector to enhance the offer, by including it in the Tripmetoo network.

Fondazione Snam participated also the “special prize” that was awarded  to the "AGRIshelter" project: a temporary home for emergency situations built with local resources and natural materials. Its constructive and innovative technology guarantees environmental, economic and social sustainability. A low-cost but quality house to give to people more dignity.
Also thanks to the participation of Fondazione Snam, the competition has awarded a total prize in money of 300 thousand euros. The participation in the competition has also doubled compared to the previous edition; a data that highlights the growth of an interest in new services capable of regenerating the social system of the country.

In 2018 the Foundation followed the winners of Welfare, che impresa! Tripmetoo and Agrishelter, supporting them in the incubation process and accompanying them in the subsequent start-up and consolidation phases of the activities and renewed its participation in the new edition of competition. The new edition, in addition to the promoters of the past editions (Italian Accenture Foundation (FIA), Bracco Foundation, UBI Banca and Snam Foundation) sees the participation of Fondazione Con il Sud, a private non-profit organization born twelve years ago from the alliance of foundations of banking origin and the world of the third sector and volunteering, to promote the development of the South through the promotion of paths of social cohesion.

The 2019 edition saw the participation of 250 ideas from which 12 finalists were selected.

In 2019, the Foundation hosted a 2-day training workshop in San Donato Milanese for the finalists and funded 2 of the winning start-ups with an economic prize and a mentorship path.
The 2 start-ups awarded by the Snam Foundation are "Playrech", an urban game app that intervenes in the context of the redevelopment of cultural heritage and "Tailler delle Terre" that uses processing waste for the production of pottery.

The "Cortile dei Gentili" is an initiative of the Pontifical Council to support children from disadvantaged areas.
During 2019 the Foundation supported two of their main initiatives aimed at fundraising in the cities of Milan and Rome. The Foundation also participated in the organization of the "Train and ship of the children ", project with which 400 children from poor areas of Liguria, Sardinia and Campania were brought in Rome to visit the Pope.

Snam Foundation supports the project of the Milan Municipality "ForestaMI" aimed at planting 3 million trees by 2030 including 2 million by 2026.
Large-scale project that aims to have a strong impact on increasing the resilience of the area urban and Milanese hinterland to environmental stress and the effects of global warming. In particular, Fondazione Snam will plan strategic forestry interventions in areas specifically identified with the Milan Municipality and will financially support the initiative in partnership with Tep Energy Solutions.

In December 2017, the Snam Foundation and Confagricoltura signed a collaboration protocol for the promotion, development and implementation of social agriculture projects.
The agreement was born from the common desire to encourage the spread of innovative and supportive practices in the agricultural sector that would promote the protection and enhancement of the territory and the environment: with the signing of the agreement the initiative was launched.
The idea of ​​Tesori is based on the social enhancement of corporate assets, local experiences and skills and on strengthening relations with the territory.
In this logic, the initiative makes Snam's lands available to third sector entities for projects in the agricultural sector that work on inclusion, produce a social impact on local communities and that are sustainable; enhancing the aspects of innovation and experimentation.
In 2018, two competition notices were opened and land was made available to local communities.
Through the initiative, 2 projects were identified: Recanati (MC) and Ronco all'Adige (VR).
The selected projects received a ten-year free loan for use of the land and an economic support that allowed their realization and their start between 2019 and the beginning of 2020.

The projects carried out deal with pet-therapy and hydroponic agriculture for psychic rehabilitation and vocational education in an artisan pasta factory for children with difficulties (with about forty beneficiaries in 2019) and are united by a strong social, educational and inclusive connotation, innovative and environmental.

Employee engagement and the Volunteering Day

During 2019, various initiatives were organized that allowed Snam people to make available skills and energies to third sector entities both on Foundation projects and on specific initiatives  as the "Volunteering Day".

Of the latter, the second edition was organized which, compared to the previous year, saw participation double, extend its duration to two weeks and open the possibility of participation to family members and friends of employees and Snam partners.

750 volunteers were enrolled, including around 600 employees and 150 family members, university students, start-ups, partners and suppliers. Over 6,000 volunteer hours were offered to 70 third sector entities spread over 60 Italian locations.

Also on the "Volunteer Day", the Solidarity Award was introduced, giving the opportunity for Snam volunteers to choose a project presented by the 8 entities that received the highest number of registrations, and to allocate an extra contribution of € 5,000. The AISM (Italian Multiple Sclerosis Association) “Feel How I Feel” project was awarded the prize.

In 2019, the Foundation doubled the contribution, collected through crowdfunding initiatives, distributed to 7 projects promoted by Snam employees, contributing a total of approximately 17.5 thousand euros. An incubation path was also funded to support a selected project.

Find out how Snam manages its emissions