Use of natural gas

Use of natural gas 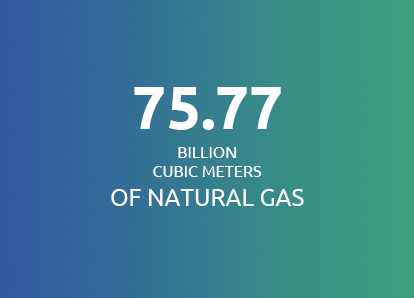 75.77 billion cubic meters of natural gas was injected into the national gas pipeline network in 2021 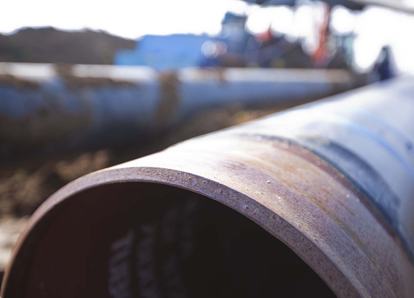 A gas-powered combined cycle with an output of 56-58%, makes it possible to reduce CO2 emissions  by 62% compared with a coalpowered plant. 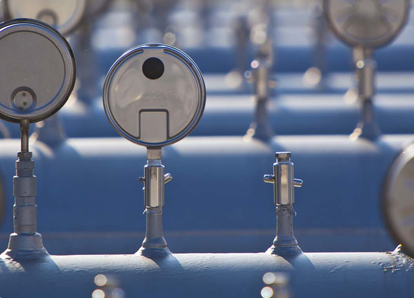 For the same energy input, the carbon dioxide produced by the combustion of natural gas is 25-30% less than oil products

Natural gas, based on the same energy used, has a lower polluting impact compared to other fossil fuels.

Natural gas helps to reduce atmospheric emissions by replacing polluting fossil fuels and reducing problems of air quality, acid rain and greenhouse gas emissions (GHG). Natural gas is mainly composed of methane (CH4) and the main products resulting from its combustion are carbon dioxide (CO2) and water vapour, the same components that are produced by breathing.

For the same energy input, the carbon dioxide produced by the combustion of natural gas is:

The electrification of consumption and the development of renewables accentuate some critical issues in terms of load: the entire gas system will therefore be called upon to provide ever greater flexibility to ensure the stability of the electricity grid with a sector coupling perspective.

Actually, the gas system can count on existing transportation, storage and distribution systems and is capable of supporting Italian and European decarbonisation guaranteeing the energy system flexibility, programmability and cost effectiveness.

Power to Gas
The natural gas network can play an essential part in managing the ever-increasing volumes obtained from renewable sources. The excess electricity produced by solar power stations or wind farms can actually be converted into hydrogen through an electrolysis process and then enriched with CO2, making it possible to produce a syngas to be injected into the network. This avoids investment costs in new infrastructures for the transmission, distribution and storage of electricity.

In Italy, for over 70 years so-called town gas, made up of mixtures with 50% hydrogen content has been distributed in cities without problems.

Europe is keeping a careful eye on the new technology, which has already been included in the German national energy programme.

Gas-powered Heat Pumps
This is a technology that makes it possible to combine the many advantages of natural gas with the operating principle of heat pumps. Thanks to the exploitation of ambient heat, which is renewable and free, it is actually possible to improve output compared with normal condenser gas boilers. Output indicates the useful energy produced with the gas energy used.

The optimum output of a condenser boiler is equal to approximately 110%, but with gas-powered heat pumps it is possible to achieve a figure of up to 170%.

Hydrogen
To shape the results of studies and research conducted at national and international level in the hydrogen field, Snam has created a new business unit dedicated to hydrogen, with the aim of evaluating possible pilot projects and contributing to the development of the supply chain. In parallel, studies will continue on the adaptation of compression and storage infrastructures and on the role of hydrogen in the future energy system also with a view to collaboration between different sectors (sector coupling), such as the electricity and gas sectors.
To date, the existing infrastructure can already transport natural gas and biomethane without distinction and about 99% of the network is already capable of transporting up to 100% hydrogen (according to ASME regulation B31.12). To further support the diffusion and use of green gas, Snam has decided to promote the creation of a backbone to transport hydrogen from Italy to the areas of Northern Europe with the highest demand, with approximately 2,700 km of network from Mazara del Vallo to Passo Gries and Tarvisio.

Biomethane nowadays and in the future

Biomethane is a renewable, flexible, efficient and programmable source, also thanks to existing transport and storage infrastructures, which are perfectly and totally integrated with other renewable sources like solar and wind energy.
Dedicated plants produce both agricultural and agro-industrial by-products from anaerobic digestion and organic fraction of waste through a biogas upgrading process.
Bio methane can already be injected into the network and used in all sectors where the gas is present. Because it is a renewable energy, on March the 2nd 2018 the Italian government issued a Ministerial Decree which promotes the use of bio methane as a fuel for road transportation.

Find out how Snam manages its emissions

Read more about the history of natural gas in Italy