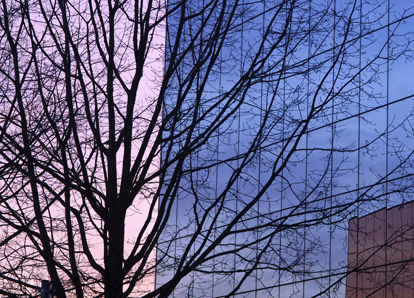 Snam’s fiscal policy wholly comply with the ordinary course of Italian fiscal provisions, which do not allow any fiscal optimization strategy. Furthermore, Snam fiscal policy is based on the respect of the principles of the Code of Ethics, of the Administrative liability (Model 231) and of the Company Corporate System Framework.

The correct fulfillment of fiscal obligations is assured by Snam internal provisions (procedures and directives, which define roles and responsibilities, functions of analysis and planning, functions of operativeness and control, conditions of the information flow, with the related instructions of traceability).

The process is relevant in respect of the aims of Internal Control over the Financial Reporting System and, consequently, the internal fiscal provisions define and assign to the competent functions the related control activities.

In December 2019, Snam was admitted to the Cooperative Compliance, a regime established under national tax legislation. This regime, in line with international best practice, requires an adequate system for detecting, managing and controlling tax risks and is based on a closer relationship of trust and collaboration with the Financial Administration. The adhesion to the Cooperative Compliance, which also concerns the subsidiary Snam Rete Gas, will allow to increase more and more the level of certainty on relevant tax issues through a constant and preventive discussion on situations likely to generate tax risks.

Referring to the main stakeholders, the Added Value was distributed as follows:

The Snam Group is present on the national territory, through the fully controlled operating companies Snam Rete Gas S.p.A. and Infrastructure Transport Gas S.p.A. (ITG), GNL Italia S.p.A. and Stogit SpA, through which it oversees respectively the transportation, regasification and storage of natural gas. It is also present, through Newco and / or companies acquired during 2018 and 2019, in the sustainable mobility, energy efficiency businesses and biomethane.
Snam is present internationally through its subsidiaries Gasrule Insurance DAC, based in Dublin, and Snam International BV, based in the Netherlands, responsible for the tax obligations established by the respective national tax laws.
It also operates in Europe, also through agreements with major players in the sector and direct participation in the company's share capital, operating in the main continental energy corridors. Through its investee companies, it is present in Austria (TAG and GCA), France (Terēga), Greece (Senfluga) and the United Kingdom (Interconnector UK) and is one of the main shareholders of TAP (Trans Adriatic Pipeline).

Snam S.p.A. has also duties of strategic direction, direction and coordination of its subsidiaries.
Snam makes available to the public the annual, consolidated and separate financial statements of Snam S.p.A .: in the Balance Sheet there are the payables / receivables for tax and in the Income Statement the taxes and the tax rate for the period.

With regard to corporation tax (IRES), Snam opted for the Italian tax consolidation regime, to which all Italian consolidated companies have formally adhered, with the exception of Tea Servizi S.r.l. and  Renerwaste S.r.l. and their subsidiaries (companies not having requirements needed to adhere for 2019 fiscal year).

Read the Snam Code of Ethics

Find out more about Business ethics and governance