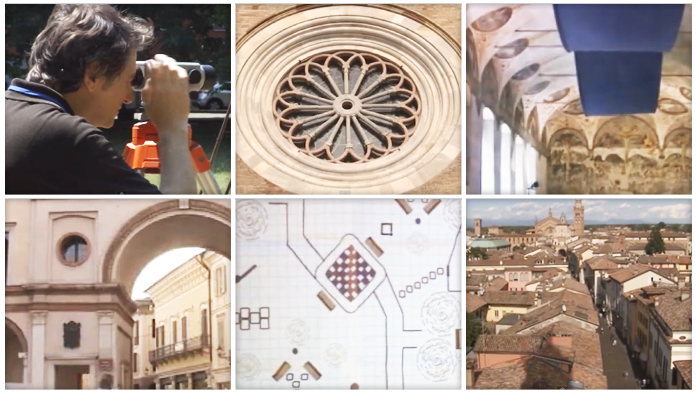 60 Snam IT specialists have been involved in an original on- field training project that has brought them to re-develop six green areas in the town of Cream thus creating value for themselves and the community.

The first of the projects realized by the Snam Group in cooperation with and Municipality of Crema was inaugurated on 17th September 2014. Mayor Stefania Bonaldi and Stogit Head of Operations Cesare Vecchietti cut the ribbon of the outdoor classroom in the garden of “Dalla Chiesa” primary school. The classroom, which extends on a concrete base for approximately 40 square meters, is covered with lamellar wood and is fully equipped with outdoor furniture (tables, benches, teaching post and blackboard) built with recycled plastic through to the reuse of round 90,000 bottles. The outdoor classroom is connected to the school through a path made of the same materials. 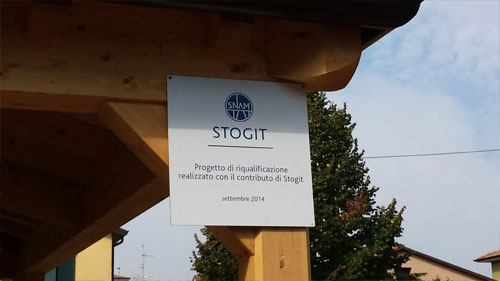 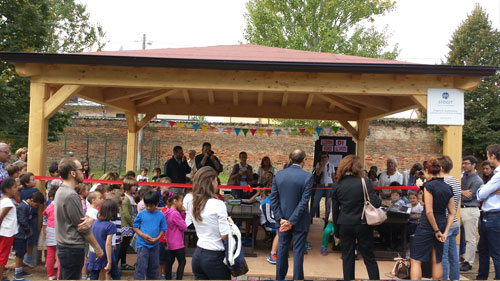 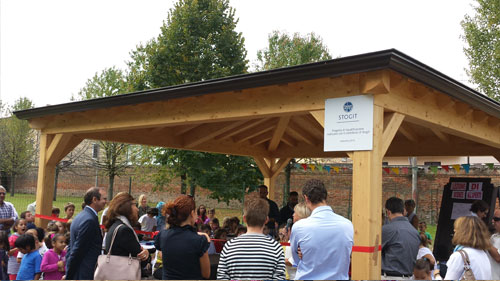 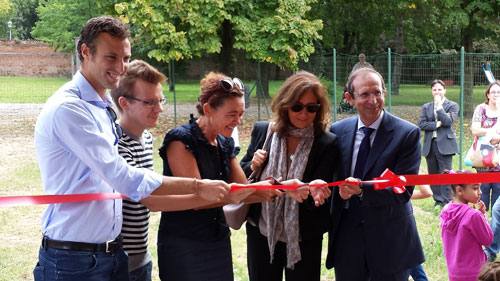 How the initiative came about

Everything started off - quite by accident - with an internal training programme delivered to 60 Snam IT specialists who, with a completely original management approach, tackled various issues related to the redevelopment of five parks and a school playground identified by the Municipality of Crema as the most suitable from this point of view. Stogit, one of the major industry players in the area of Crema, came full circle by offering its financial support to the initiative. The project participants, divided into six groups of ten people, prepared questionnaires, interviewed local residents, took pictures, measured distances, searched for information on the web, developed technical specifications, interviewed potential suppliers and drew up estimates. Thus, by means of a process consisting of six stages, with dedicated design meetings, numerous coordination meetings and a lot of individual work, the projects (described below) took shape. The project is inspired by the Shared Value concept, which Snam uses as a basis for creating its own sustainability path with the goal of creating value for itself and the communities in which it operates, and because Snam has always considered sustainability with regard to all of its stakeholders to be an integral part of its business model.

The six projects in detail

Area/project no. 1 - Via Donati (Centre).
The park where this project is being developed is an area of about 2,300 m2 situated in a residential area to the east of Crema. The Italian Alpine Club buildings (CAI - Club Alpino Italiano) are located in this park, which are used mainly in the evenings for film screenings and meetings to organise hiking trips. The area is devoid of park furniture and the presence of a cat colony has been detected. The chapel of the parish of the Cathedral is located nearby, with a children’s play area. The project proposes to transform the park into a sports/recreation area by mainly designating it as a rollerblading area, with the construction of a multipurpose track with rigid, non-slip flooring that requires no special maintenance.

Area/project no. 2 – Piazza Ugo La Malfa ( San Carlo ).
The park extends for 1,000 m2 and is in a residential area in the eastern part of Crema. In the surrounding area, there are some houses and apartments that overlook the park. There is a church and a chapel nearby with a children’s play area and multi-sports fields. During the site survey phase, a number of interviews were conducted with local residents. The development of the green area will consist of building a new park that will be accessible to all of the area's residents, contributing to unifying the neighbourhood and bringing together the various different generations. The project includes, in order of priority, the construction of pathways and paving, a pergola and the installation of concrete benches personalised with famous phrases.

Area/project no. 3 – Via Pagliari (Ombriano).
The proposed measures will enhance the functionality of the area by dividing the park into areas for games and socialising in a green, educational setting. The access routes will be redeveloped by creating pathways that will facilitate the crossing of the park, including during rainy weather, and by adding cycle lanes.

Area/project no. 4 – Via Brescia / Via XI Febbraio (San Bernardino).
It was decided to develop this area mainly for use by children, adolescents and their carers. Within the park, four broad areas have been designed to:

Area/project no. 5 – School playground of “C. A. Dalla Chiesa” primary school located at Via Battaglio, 5 Santa Maria.
Three macro actions have been identified. Entrance walkway and bicycle racks: rconstruction in the playground of a driveway connecting the gate, which is currently not used, with the school’s entrances. Outdoor classroom: to meet both the needs of children who wish to take more advantage of the beautiful playground, and the teaching staff who want to promote an educational use, it was decided to create a covered area in the playground that can accommodate benches and seats.
Landscaping of the garden: the gardens will be landscaped, with the addition of new benches and tables positioned in the large garden and the inner garden to encourage conversation and integration.

Working group no. 6 – Via Brescia Via Vittorio Veneto.
The main objective is to meet the needs identified by the local population, in particular with the development of:

In order to meet the needs of a population characterised mainly by elderly people and children, it was decided to create two areas of socialisation for all visitors to the park. The idea is to create two adjoining areas in order to meet the supervision needs of grandparents towards their grandchildren, while ensuring that the adults also have a comfortable and quiet area for their own use.

The six projects in detail

The areas before and after our intervention