Snam and the school 2016:
The network of trust and respect

Snam and the school 2016:
The network of trust and respect

The third edition of "Stories about the Future", entitled "The Network of Trust and Respect", organized by Snam collaboration with Federparchi Europarc Italy, which involved 220 schools, 500 classes and the donation of 500 Learning kit, ended with the awarding of the winning schools.

On the top step of the podium the Istituto Comprensivo "Via Tolstoj" of Desio (Monza Brianza), followed by S.P. "G. Pascoli" Ripalta Cremasca (Cremona) and S.P. "Francesco Rossi" Paganica (L'Aquila). The winner is awarded with whiteboard LIM (Interactive whiteboards), while the second and third receive a notebook. The jury also awarded ten honorable mentions to Istituto Comprensivo "Via Tolstoj" of Desio (Monza Brianza), to S.P. "C. Astengo" of Savona, S.P. "A. Manzoni " of Carpiano (Milan), the Alfieri School of Turin, Istituto Comprensivo “Pescara 9” of Pescara, I.C. "A. Musco " of Catania, S.P. "C. Battisti" of Sordio (Lodi), all'S.P. "TO. Canossi "of Brescia, I.C. "Largo Cocconi" of Rome and I.C. "San Francesco" of Palmi (Reggio Calabria). Each of the institutions has been awarded the book "Sustainable Trails - The Ticino Park" made by Snam in collaboration with Il Sole 24 Ore Cultura.

Stories that tell the Future. The Network of Trust and Respect” is the third edition of the project launched by Snam aimed at 3rd, 4th and 5th year primary school classes.

The project is a path designed to promote active and responsible citizenship, focusing on the appreciation of public administration and civc duty. Accompanied by project mascots - Tub-Arthur, Ted the Beaver and Red the Robin - children will explore the themes thanks to teaching material designed to help put the lessons in practice.

For the first time the pupils will be accompanied by “Lanterne Scritte”, special lanterns decorated with words. Each class will have the chance to personalise a special lampshade with a phrase, which evokes the journey towards the Network of Trust and Respect. The lampshades will be wrapped around brackets holding the light to create the lanterns which will then illuminate Snam’s cultural initiatives. 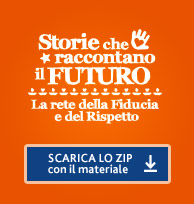 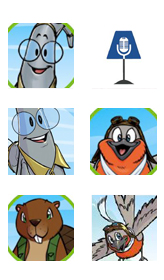