The importance of diversity

The importance of diversity 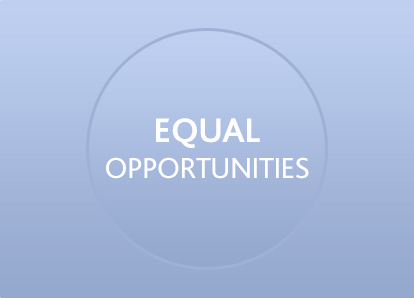 In line with the Policy Diversity & Inclusion, its new three annexes about gender equality, recruiting and harassment and the Code of Ethics, Snam offers equal opportunities to all its employees, encompassing all phases and aspects of the employment relationship

The important process of recognizing all diversity and plurality in the company continues and to share and discover in depth the activities and important results achieved in 2021, Snam published its Diversity and Inclusion report 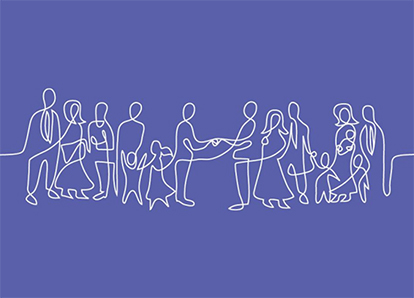 Snam, together with Valore D and 24 other companies, has drawn up an informative paper on the issues of care work and parenting, also committing to work on 6 specific actions in these areas

Diversity is a value for Snam. Snam’s gradual internationalisation led the HR department to cooperate with other companies in the gas sector and promote the diversity of different cultures in Europe.

At Snam diversity means assuring meritocracy and creating work environments open to the inclusion values: the differences between people are important because they enrich the company and make it ever stronger and in step with the times. The diversity issue plays a critical role because it belongs to the larger issue of the human rights as outlined by Global Compact. Just about the Diversity & Inclusion issue a Policy was adopted in October 2019.

Since November 2020 the Policy it has been enriched with three new appendices: the first on gender equality, the second on the recruiting and the third on harassment (published in june 2021). Besides, concerning the last point, an e-learning training course on "harassment in the workplace" has been made available to the entire company population.

Working with colleagues of different nationalities and with different backgrounds enriches the cultural mix that any international company must have and desire to have. However, given the highly unique domestic context in which Snam has operated until now, it still does not have a significant number of international employees.

Besides nationality, physical and psychological diversity is also frequently discriminated against, often preventing workers from carrying out simple everyday tasks. The Snam Group employs 117 people with different disabilities (3.4% on total workforce), whose development path aims to facilitate their introduction and integration into the company’s business processes.

To facilitate the process of valorising all these diversities, Team Inclusion has been launched, an inter-functional group of 41 people, as representative as possible of the many company diversities, with the aim of promoting the culture of diversity and equal opportunities, creating an inclusive work environment.

One of the many initiatives launched by the Inclusion Team is the Manifesto of Inclusive Language, born to help the people of Snam to get in touch directly, using a language that is always respectful. The Manifesto is available only in italian.

Snam in collaboration with Parks, Valore D, Newton and Divercity launched its second Inclusion Week, a five-day week to test itself and make inclusion an ethical and conscious choice in private and professional life. The initiative, which took place in March 2022 and involved more than 1000 people, saw the participation of several guests who with their stories and testimonies have inspired all participants on how to be increasingly inclusive both in the company and in society. It also included the birth of an Employee Resource Group dedicated to disability which is added to the three ERGs launched in 2021 around the themes of parenting, LGBTQ+ inclusion and the promotion of STEM disciplines.

To testify the path that the Company is taking, Snam is included for the third year in a row among the 418 global companies on the 2022 Bloomberg Gender-Equality Index (GEI). The GEI tracks the financial performance of the Companies most committed to the promotion of gender equality globally, through the development of dedicated policies and initiatives and the transparent disclosure of information.
The index is based on factors such as promoting female leadership, a commitment to reducing the gender pay gap and the culture of inclusion.

The working group "Lavoro di cura e genitorialità" of Valore D, initiated by Snam and Generazione Donna - a group of 25 companies and foundations - was created with the aim of increasing attention and strengthening corporate initiatives on two fundamental issues and criticism, in order to achieve an ever greater gender balance in our country. In fact, since they are mainly dependent on women, they can create work disparities and opportunities for personal fulfillment.
Unpaid care work is not counted in the GDP calculations and for this reason it is mostly invisible in economic statistics, despite reaching a monetary value of at least $ 10.8 trillion per year[1], equal to three times that of the global market for technological goods and services.
Cultural change, which can be more protagonist than 1 group of 65 thousand employees in Italy, has come together in the conviction of being a protagonist in promoting change and greater gender equality.

Download materials and discover more on the dedicated page

Gender diversity has always been a much-discussed issue. It is an element of diversity that in this day and age should not exist but one which is still very prevalent in our society, particularly at a cultural level. For this reason Snam seeks to support its workers during the most important moments of their lives, such as maternity, and other family-related events:

Despite the typical characteristics of the business activity, which require specific technical training that mainly involves men in the marketplace, the female component is rising (+12% vs. 2020).
Women now represent 16.6% of the company’s entire workforce. In 2021, the percentages of the workforce concerned by category were as follows: 21.3% of executives and 22.2% of managers were made up of women.

In 2017 Snam became a Supporting Member of Valore D, the first association of companies that promotes diversity, talent and female leadership for the growth of companies and the country. Besides in 2020 Snam associates to Parks.

It is important to support the company's international growth today and in the future through promoting the presence of women and colleagues of different nationalities as part of a diverse workforce. Collaboration with Valore D has given Snam employees access to courses to promote gender diversity, different generations and cultures and to develop an inclusive culture, to drive innovation, competition and growth for people and the company as a whole.
In collaboration with Valore D, Snam has designed tailor-made training workshops to meet the needs of diversity and inclusion issues, as well as numerous inter-company mentorship courses.
During 2021 Snam participated in 4 training courses, 2 intercompany mentoring courses proposed by the association and over 15 training courses.

In 2020 Snam became a partner of Parks, joining the group of companies that decided to take an active role in the development, also in Italy, of a culture that values and supports differences, sharing with parks' other members the ambition to create inclusive work environments for all employees, regardless of their sexual orientation, identity and gender expression.

Still in 2020 Snam joins to the Diversity charter, the declaration of intent, launched by the Sodalitas Foundation and voluntarily signed by companies of all sizes, for the dissemination of inclusive corporate culture and human resources policies.

Snam is a partner of the international InspirinGirls campaign.

The project foresees that women volunteers from different sectors and professions share their professional and life experience with middle school students, building a bridge between school and the world of work. The aim is to unlock girl’s awareness of their talent, freeing them from gender stereotypes that curb their ambition. Snam's role models have joined the campaign and with their commitment they will bring their stories to the middle schools of Italy

In the last two years Snam participated to the project with 70 women as role models who gave their testimony in 50 meetings held in person and remotely.

Today in Italy, having a child still means, for one in four women, giving up their work, an unacceptable sacrifice for a civilized country, all the more so if that country has a serious problem of low birth rate. In this context is placed the program Be parents, launched thanks to the collaboration between snam Institute and Welfare.

Employees keep their company benefits while on maternity leave, and during the mandatory leave period, they receive maternity pay at 100% of the salary of the month prior to commencement of leave (compared with 80% as required by law).

Confirming the positivity of the working environment and the possibility of achieving work-life balance, again in 2021, 100% of employees remained at the company one year after returning from maternity or parental leave.

With regard to parental leave, 280 positions (including 48 women) were opened during the year and 229 closed (39 of which were assigned to women). At year's end, 51 positions were still active (9 of which were female).

At the end of 2021 37 people (29 of which were female) were employed on part time contracts. Depending on an employee’s private life, they can take hours/periods of leave from their work activities as well as the Smart Working.

An average of 11.8 training hours per employee were provided during the year to women, the decrease is due to the fact that in 2021 priority was given to technical training which particularly involves the manual worker category, 99% male.

Finally, it is also necessary to highlight the importance of age diversity at Snam which, if managed effectively, can lead to an extremely fruitful collaboration between people, the ongoing sharing of experience and knowledge, and the productive exchange of different opinions. All of the above are important values that contribute to a company’s development.

Additional data about all types of diversity can be find out on the page  Group Indicators.

Since 2010, Snam has carried out constant monitoring of the gender pay gap, in order to reduce the remuneration differences between women and men, with the ultimate aim of closing it, thus promoting effective gender equality. As of 2020, Snam has introduced a new method for calculating the gender pay-gap, which takes into account both fixed remuneration and short- and long-term variable remuneration. The gender pay gap was calculated using both cash and accrual data, the latter being the principle used in Section II of the Report on Remuneration Policy and remuneration paid pursuant to current law. On a cash basis, there was an overall improvement in the gender pay gap in 2021, in line with the trend of recent years. The Gender pay gap on accrual basis and by base salary are available on the 2021 Sustainability Report. In 2020, also in consideration of the data required by the DJSI survey, SNAM also introduced the disclosure of the median gender pay gap and the mean and median bonus gap which measures the differential of variable salaries between genders.

Entrance in the market and Exit for the female gender (no.)

Discover the initiatives that Snam promotes for its employees

Working at Snam: find out how

Analyse other data about Snam