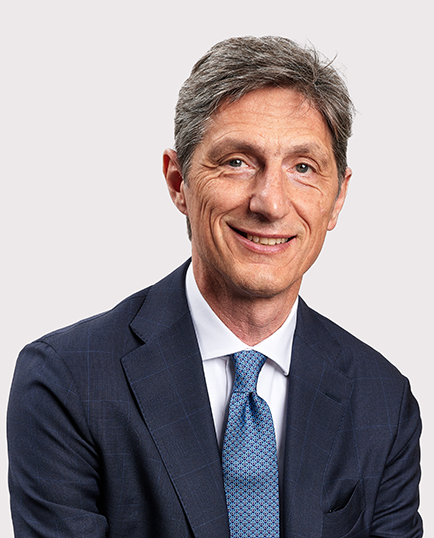 Since April 2022, Stefano Venier has been the Chief Executive Officer of Snam, one of the leading companies in the energy infrastructure industry worldwide.

He has more than 30 years of managerial experience in the energy and utility sectors, both in Italy and internationally.

From 2014 to 2022 he was the Chief Executive Officer of Hera, a multiutility company listed on the Stock Exchange and active in the following sectors: energy, energy networks, water and the environment. At Hera he was also General Manager of Development and Energy Markets (2008-2014) and the Head of Business Development, Strategic Planning and Regulatory Affairs (2004-2008).

From 1996 to 2004 he worked in the international consultancy company A.T Kearney where he was a Senior Consultant in the energy, telecommunications and automotive fields and later Vice-Chairman of Energy & Utilities, working with some of the leading operators of the sector in Italy and Europe.

From 1989 to 1996 he worked for the Eni Group in positions of increasing responsibility, both at national and international level, in areas such as Strategic Planning, Market Analysis and Strategic Projects within the petrochemical sector.

He began his career in 1987 with Electrolux, where he worked in the industrial automation division.

He was born in Udine in 1963, graduated in IT from the University of Udine and completed a Master’s degree in Energy and Environmental Management and Economics from the Scuola Superiore Mattei.

He is a Member of the Board of Directors of the MIB Trieste School of Management.