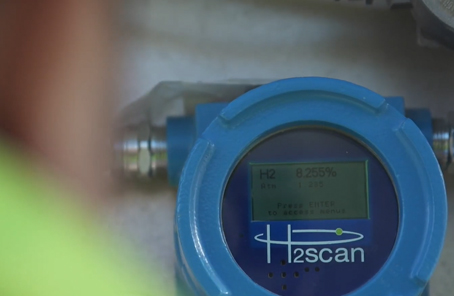 Hydrogen, the most common element in the universe.

Hydrogen, the first element of the periodic table and the most abundant in the universe, is present, combined with other elements, in compounds such as water or minerals, hydrocarbons and biological molecules. In addition to forming about 75% of the material, it is the first ingredient of the Sun, of which it makes up about 90%.

1 kg of the colorless and odorless gas, composed of two hydrogen atoms, can power a fuel cell car for 100 km, provide heating for two days for a home and produce 9 kg of steel from raw iron.

Towards green hydrogen, a "game changer" of energy transition

Hydrogen is not present in nature in its essential form. However, it can be produced through a wide range of chemical and physical processes. Currently, it is mainly obtained from natural gas for industrial uses, through a thermochemical conversion process with CO2 production (so-called "gray hydrogen"). CO2 capture and storage (CCS) technology can be added to this to obtain decarbonised hydrogen, or "blue hydrogen".

Another method is electrolysis, which involves the use of renewable electricity to "break down" the water into hydrogen and oxygen, without producing CO2, thus obtaining "green hydrogen". To date, approximately 4 to 5% of global hydrogen is obtained in this way. However, in light of the progressive reduction in the cost of solar and wind power and electrolysers, this mode of production could prove to be a "game changer" for energy transition.

According to a recent Bloomberg New Energy Finance study, green hydrogen production costs could fall by more than 70% over the next ten years. As noted by the IEA (International Energy Agency) in its study drawn up for the G20 in Japan, there has never been such an opportune moment to exploit the potential of hydrogen to build a safe, clean and sustainable energy mix for all consumers in the future. 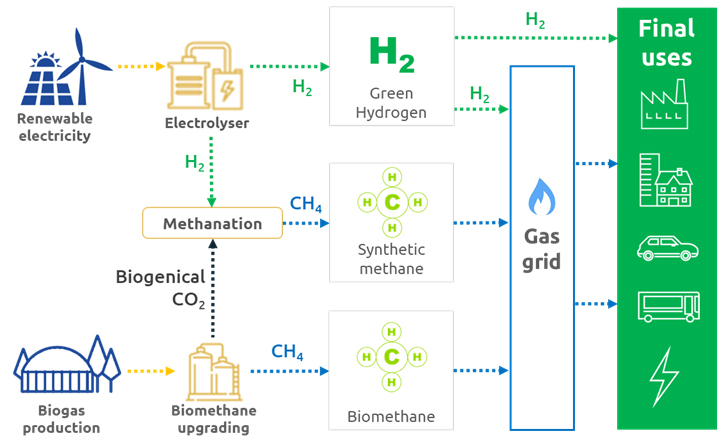 Hydrogen is suitable to be transported in existing gas pipelines, to act as an efficient and cheaper means than batteries for energy storage and to favor the decarbonisation of various industrial and heavy transport sectors. For this reason it is establishing itself as a pillar of global environmental and energy strategies.

Hydrogen is already widely used for industrial purposes across the steel, petrochemical and food sectors, but it is now also being used in mobility. In the future, it could also replace natural gas to heat residential and commercial buildings. Hydrogen can also be transformed into clean electricity by injecting it into fuel cells.

The most significant aspect of hydrogen is that it does not generate carbon dioxide emissions or other climate-changing gases, nor does it produce emissions that are harmful for humans and the environment. For this reason, it will play a key role in ensuring that European and global decarbonisation objectives are achieved.