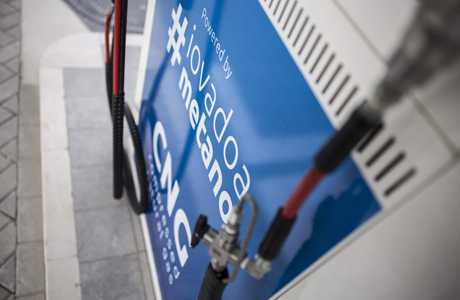 A key to reduce pollution and spend less

CNG (Compressed Natural Gas) is an alternative fuel for cars, trucks and buses. Unlike LPG (liquefied petroleum gas), it is composed of methane and not of propane and butane.

Thanks to a long-established and cutting edge technology, Italy is the first European market for natural gas for vehicles, with almost 800 thousand cubic meters consumed in 2020 and about 1 million vehicles currently in circulation. 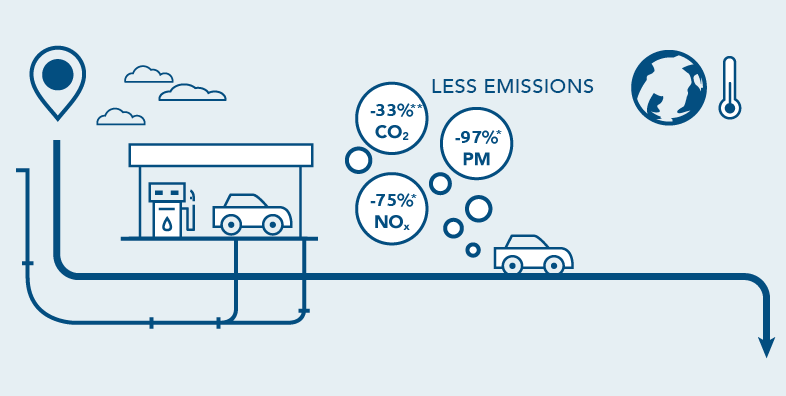 Using CNG as a fuel has many advantages over traditional fuels.

From an environmental point of view CNG vehicles would reduce emissions of CO2 by about 33%**, nitrogen oxides by about 75%*, and particulate matter by about 97%* with respect to the vehicles replaced, thus significantly lowering emissions. 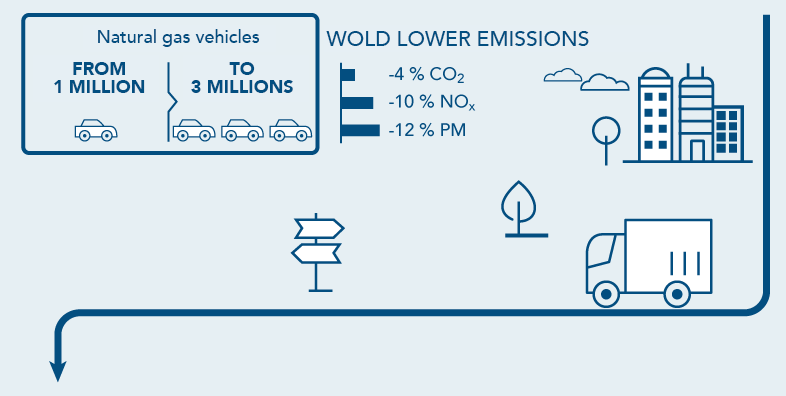 Investing in natural gas as an automotive fuel would have major economic repercussions on a national level and let both families and business save money. 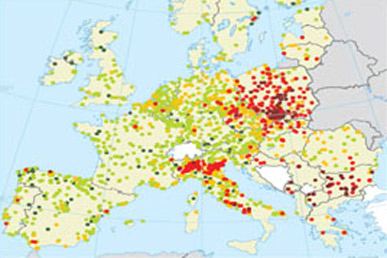 CNG for cars
the solution

Snam believes in CNG as an alternative fuel for road transport and promotes a series of initiatives to foster the use of CNG on an even larger scale. For this reason Snam will invest around 150 million euros over the next years to facilitate CNG, LNG and hydrogen -refueling-plant development. This will increase the number of existing gas natural stations, improve service quality, and ensure a more balanced distribution of stations througout the country. 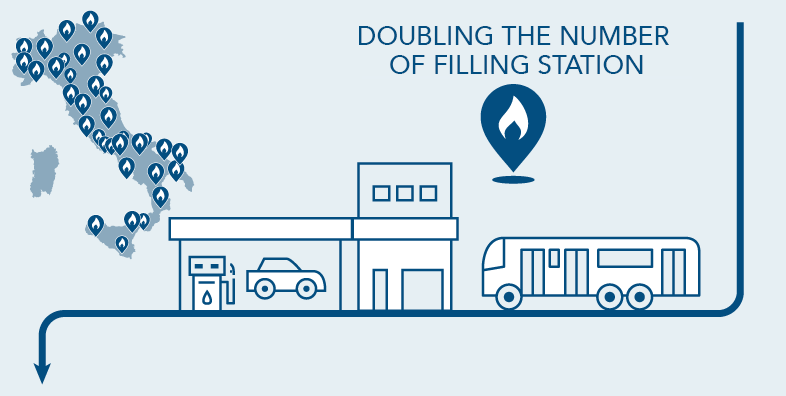 Among most relevant initiatives there are: 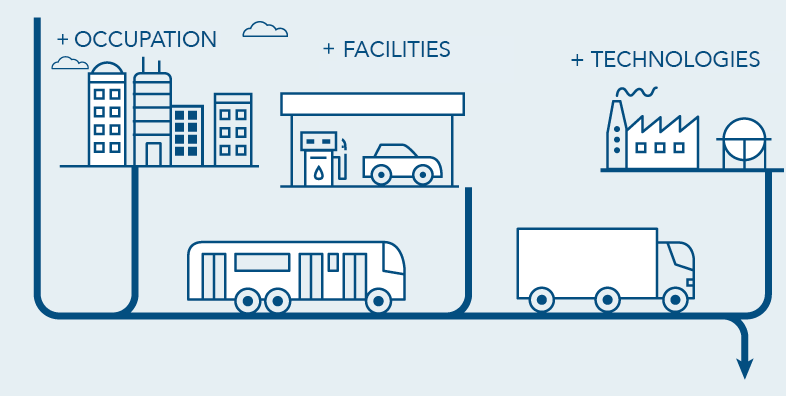 Gas mobility is a sector in which Italy is the absolute leader in Europe, with the infrastructure network - the one managed and developed by Snam - the most widespread of the entire continent and the largest number of gas cars and distributors that supply it. The sector has a total of 6 thousand workshops and, between direct and indirect related industries, employs over 50 thousand workers.

Energy for the future

Providing Italy with natural gas infrastructure and technologies engenders further positive outcomes: for instance, it fosters biomethane, a fuel with a footprint similar to the electric. In detail, it may promote an increase in domestic production of gas with positive effects on the agro-food sector, as biomethane is obtained from the processing of agricultural and agro-industrial by-products. 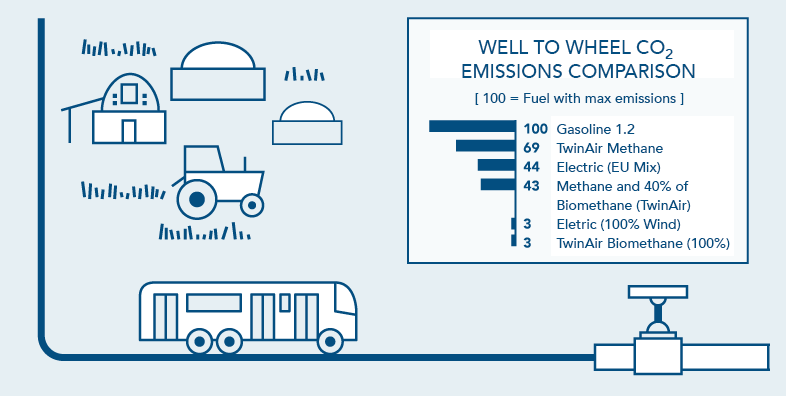