Efficient and economic solution to reduce emissions in the heavy transport sector and for the marine and railway sectors.

LNG is an economical and efficient solution, that significantly reduces emissions of road, sea and rail - not electrified - transport compared to other fossil fuels. In addition, LNG is subject to treatments that allow total elimination of particulate matter and SOx and almost total removal of NOx, thus making LNG a product with high standards of environmental compatibility.

The benefits are related to infrastructure upgrading, with particular attention to adaptation of the regasification terminals, the construction of micro liquefaction plants and construction of coastal deposits.

LNG is part of a wider European Union energy and environmental policy that aims at the gradual transition to a low-carbon economy through the substantial reduction of pollutant emissions, the use of clean fuels and the use of renewable sources. In particular, in January 2013, the EU Commission has developed the Clean Power for Transport Package that provides for a Directive on the development of alternative fuel distribution infrastructure such as, for example, LNG. In addition, in 2016, the DAFI directive on alternative fuels was also transposed in Italy in order to establish a national strategic framework for the development of the CNG, of the LNG, of biofuel (bio-CNG and bio-GNL) and the electricity in the transportation sector. Plan also included directives for the infrastructures and binding targets. The (bio)LNG is the winning solution for both heavy road and maritime transport towards medium and long term mobility with "net zero emissions".

POTENTIAL USE INSTEAD OF A TRADITIONAL FUEL

GPL O.C. and diesel for users not connected with the network LNG 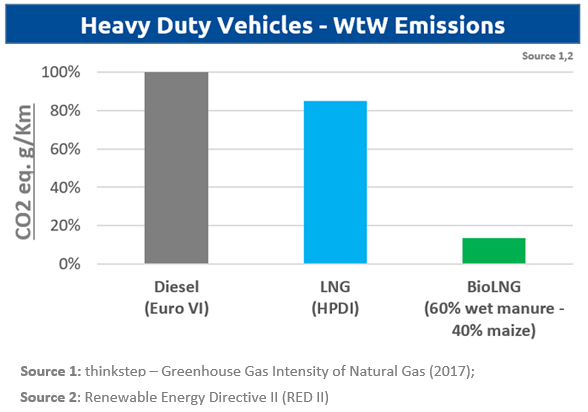 Snam sees in the new LNG uses a potential to safeguard the environment. For this purpose a project was carried out to implement Small scale LNG services for reloading tank trucks in the Panigaglia terminal, in addition to the traditional regasification activities. In addition to this initiative, Snam is developing a project for the creation of microliquefactors on the national territory. In addition, the OLT company, of which Snam acquired a 49% share jointly controlled in 2020, is planning to adapt the FSRU terminal in Livorno for the loading of lighters. 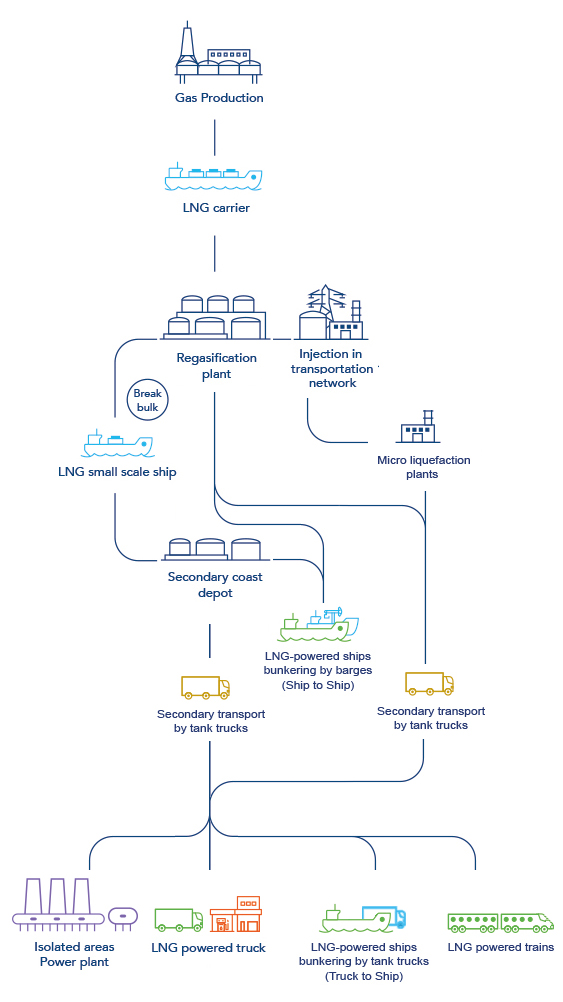