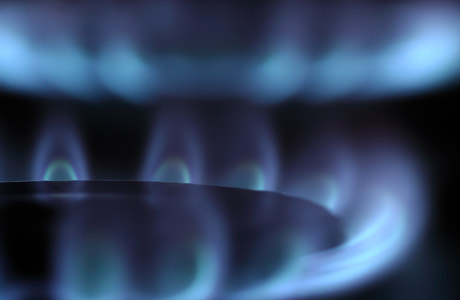 Natural gas plays a key role in the global energy mix in order to ensure the safety and security of energy supply and to promote a gradual reduction of emissions.

Natural gas is an indispensable energy source for a sustainable energy mix. It is a flexible energy source, suitable for several purposes. Thanks to its features, it can be integrated with renewable sources to efficiently reduce emissionis.

Snam's infrastructure is playing a fundamental role in the energy transition thanks to their capillarity and flexibility. We will continue to invest in the innovation of our network to reduce emissions and make it "hydrogen ready", guaranteeing the country's energy security and contributing to the fight against climate change.

Italy's energy requirements are satisfied to a significant degree by imported gas (as over 90% of the requirement is covered by supplies coming from Russia, Algeria and Libya).

The strategic position occupied by the country on the gas market, combined with the great development and high efficiency of its infrastructure network put it potentially at the centre of an evolution that could make Italy emerge over the next few years as a Mediterranean energy hub. In addition, Italy has one of Europe best diversification of sources, garanted by five entry points besides the three rigassifiers, one of which is managed by Snam, connected to the national network.

The degree of interconnection that characterizes the infrastructure of Snam will continue to guarantee the energy security of the Continent in the future, thanks to projects for enhancing Italian infrastructures and to completing interconnections between European networks along the major energy corridors.

The degree of interconnection that characterizes Snam’s infrastructure system will ensure the Continent’s energy security through the growing diversification of energy sources and will increase the competitiveness of the country’s economic system through its positive impact on consumer prices for families and companies.

Italy as a strategic hub

Gas is an indispensable energy source for Italy: natural gas represents 36% of the energy needs. Natural gas is thus the second primary energy source after oil and, in view of the sustainability and energy efficiency objectives of Italy, this leading position is likely to be maintained and further strengthened.

It is therefore fundamentally important to develop new energy corridors and infrastructure projects that connect every area of Europe with Northern Africa, the Middle East and the Caspian Sea area. Thanks to its strategic position and its advanced infrastructures' network, Italy can play a main role: it is no coincidence that Italy is included in 3 of the 4 priority energy corridors that comprise the Projects of Common Interest (PCI) established by the European Commission.

Although the high dependency on imports, in terms of security, Italy has the highest European degree of diversification of routes and sources of supply.

Italy's key role in the European Union's energy of the future was further demonstrated on 2013 by the Commission's presentation of the list of the 248 PCIs in the gas, electricity and oil sectors, which include two Italian projects centred on gas. These projects are called "Support for the North-western market and bidirectional flows across the borders" and "Upgrade for new imports from the South". It is clear that both projects are functional to the development of Italy as an energy hub. Our country could already rely on an high diversification of supply sources, that could be further increased thanks to TAP pipeline.

More on project of common interest

The storage of gas is fundamentally important to manage fluctuations in demand associated with seasonal dynamics and represents an effective solution against unexpected events or sudden increases in demand due to particular weather conditions.

One of Snam's proposals is creation and management of common continental reserves that could be an important element of security enhancement. In Italy, for example, the so-called "modulation storage" has enabled on several occasions to overcome sudden drop in supply due to the most diverse reasons.

A further reserve is guaranteed by what is known as "strategic storage", managed directly by the Ministry of Economic Development and only used in major emergencies. A similar model could be replicated on a supranational level: its coordination would be assigned to a community organization that would elaborate regulations and specific conditions for the use of the strategic storages to offset the increasingly low incidence of long-term take-or-pay supply contracts. As they are emergency reserves, they would only be used in serious cases of unavailability of gas in one or more countries that supply the Union.

(*) Includes the consumption of the Agricultural and fishing, Chemical synthesis and Automotive sectors.