He graduated with honours in Business and Economics from the University of Florence, working at the same time first in a software company and then in the paper industry, again in Florence.
He joined Pirelli in 1978 where he was promoted as an executive in 1984 and where, after various assignments in commercial, marketing and M&A roles in Italy and abroad, he was appointed General Manager of the Tyre Division in 2001, Chief Executive Officer of Pirelli Tyre Spa in 2006 and, in 2009, also General Manager of Pirelli & C. During his 10 years tenure Pirelli Tyre doubled its revenues and from a cash burning, one digit Ebitda became a cask positive, high teens Ebitda company thanks to the execution of a premium strategy which translated into a higher top and bottom line growth than its peers, culminating with the entry in F1 as a sole supplier in 2010.
From 2006 to 2011 and for two consecutive terms he was elected president of ETRMA, the European Tyre & Rubber Manufacturers' Association.
In 2012 he decided to leave the Pirelli group From 2013 to 2015 he was an Industrial Advisor of Malacalza Investimenti and, from 2014, Managing Director of the CCR (Corporate Credit Recovery) fund of Dea Capital Alternative Funds Sgr where he currently is a Senior Advisor.
From 2015 he is a non-executive director on the Supervisory and Management boards of Apollo Tyres Ltd, a leading company in the sector and listed in India.
In 2016 he became Chairman of Benetton Group Srl for two years. He was appointed as a member of the Board of Directors of Prysmian Group S.p.A on September 18th, 2018.

Graduated in Law with honours from “La Sapienza” University in Rome.She is a Court of Cassation lawyer with a professional focus on commercial, civil and regulatory law.

She is registered in the Judicial Administrator's Register - Business Management Experts section.
She is an extraordinary commissioner of companies undergoing special administration procedures and a judicial receiver of companies.

She has held the role of judicial commissioner and has been an independent director of Cassa di Risparmio di Orvieto S.p.A. and she has been a board director of Acquedotto Pugliese S.p.A. and Banca Tercas and Head of Legal and Corporate Affairs at WIND Telecomunicazioni S.p.A. 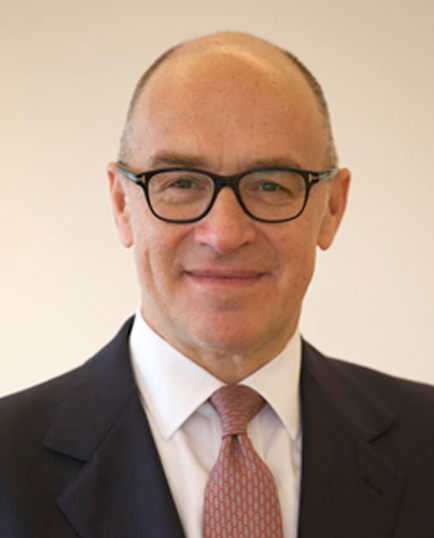 Graduated in Law with honours at the University of Bologna.

He is currently Chief Executive Officer of Partners 4 Energy S.r.l., an independent financial advisory company focusing on infrastructures and renewable energies. He provides financial institutions and companies with strategic support in these areas, in relation to mergers and acquisitions, loans and fundraising. He is Chairman of Aeroporto FVG S.p.A.

In 2020 the Committee was convened 14 times and its meetings were attended by an average of 100% of its members. The average duration of these meetings was of 194 minutes.

The Control, Risk and Related PartiesTransactions Committee provides recommendations and advice to the Board of Directors with the goals of supporting decisions on internal control and risk management system and ensuring application and approval of  financial reporting. The committee:

The committee also performs the duties assigned to it as part of related-party transactions compliance.