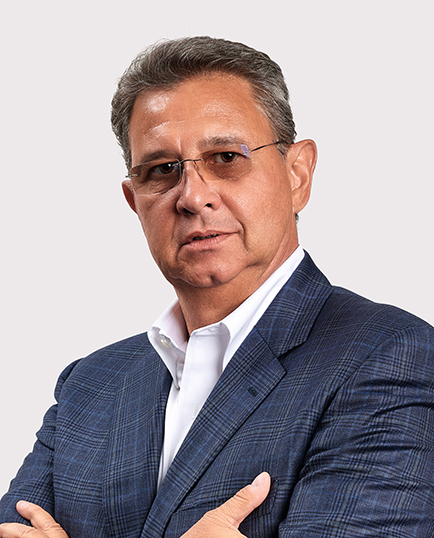 In 2022, alongside Tamburi Investment Partners and as founder and CEO, he created Simbiosi S.r.l., a company whose objectives include the optimisation of the use of natural resources such as water, soil, air, energy, materials and biodiversity within the agri-food supply chain, and the efficiency of the food cycle (From Farm to Fork and Back to Farm Again), according to the principles of circular economy. The Simbiosi mission is also to offset the effects of climate change with nature-based solutions (NBS) for the use of clean and renewable energy that can be stored, emissions management systems that use artificial intelligence, and environmental blockchain systems to measure decarbonisation in production processes, absorption systems for CO2 in the soil according to regenerative ecosystem practices, production of fertilisers and soil conditioners from organic waste fractions, aimed at the development of regenerative farming models according to natural principles, and much more.

From 2001 to 2006 he worked for Siemens Italia, holding, among others, the position of Managing Director at Siemens Power, Chairman of Telegyr S.p.A., and Chairman of Fiat Avio Power Service and Chairman Vatech Italia, as well as being a member of WEC Italia. 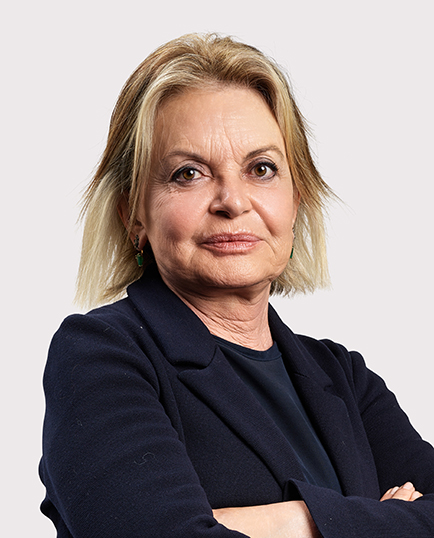 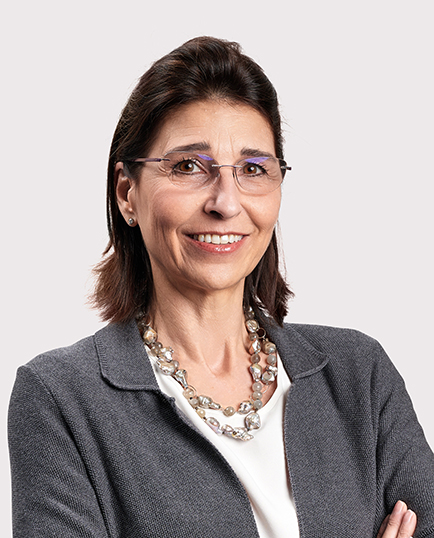 She was born in Treviso in 1964.
As of 2 April 2019, she is a Director of Snam.
Graduated in sociology with honours.
She has over twenty years of managerial experience in the Alitalia group, holding roles of increasing responsibility, including in operational positions with 3,000-5,000 employees; she also directed the airline Air One from 2012 to 2014, bringing it back into balance.
She has acquired specific expertise in restructuring, mergers, acquisitions and receiverships, and is particularly sensitive to the management of human capital and the many dimensions involved in any corporate change.
She deals with corporate governance, with a specific focus on ESG issues and on the different ways, including the impacts of climate change, of substantiating an approach aimed at sustainable development over time. She follows the B Corp movement and its paradigm of sustainable business, capable of developing profits together with a positive impact on society and the environment. She analyses methodologies and tools to identify and monitor ESG risks in an integrated manner, mapping their evolutionary dynamics and interconnections with other factors capable of triggering their possible impacts, paying particular attention to the environmental dimension, for aspects related to climate change, and to the social dimension, related to inequalities.

She supports gender equality, the development of female talent and merit-based careers, believing in the need for women to be fully integrated into all spheres of society and deservedly present in top positions.
She is in the boards of directors of the ESG European Institute and Fuori Quota, non-profit organizations active respectively on sustainability and women's empowerment and collaborates in ASviS on the Gender Equality goal of the UN 2030 Agenda.
Since 2018 she is Independent Director of Italian Wireless Infrastructures, for which she is also the Chairwomen of the Sustainability Committee and member of the Nomination and Remuneration Committee.

Since June 2022, she has been an Independent Director of UNIEURO S.p.A. as well as a member of the Sustainability Committee and the Control and Risk Committee.

In 2021 the Committee was convened 15 times and its meetings were attended by an average of 100% of its members. The average duration of these meetings was of 221 minutes.

The Committee conducts preliminary investigations for the Board of Directors and provides it with advice and recommendations, and supports its assessments and decisions regarding the internal control and risk management system as well as the approval of the periodic financial and non-financial reports.

In particular, in assisting the Board of Directors, the Committee performs the following functions:

The Committee also supports the Board of Directors with:

The Committee performs the tasks assigned to it by the Board of Directors within the scope of the “Transactions involving the interests of the directors and statutory auditors and transactions with related parties” Guideline.

Regulations of the Control, Risk and Related Parties Transactions Committee