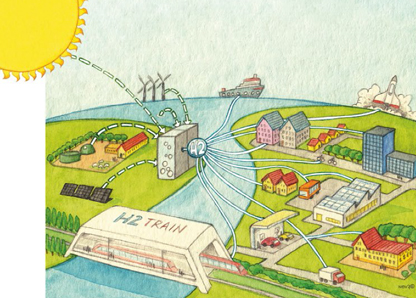 "Generation H - Healing the climate with hydrogen" is the book written by the Snam CEO Marco Alverà and published in English by Mondadori, with contributions from international experts such as Gabrielle Walker, Lord Turner, Baroness Worthington, Luigi Crema, McKinsey & Company. The book has been presented in Rome during the conference "The Hydrogen Challenge - 2019 Global ESG Conference". Below is the introduction.